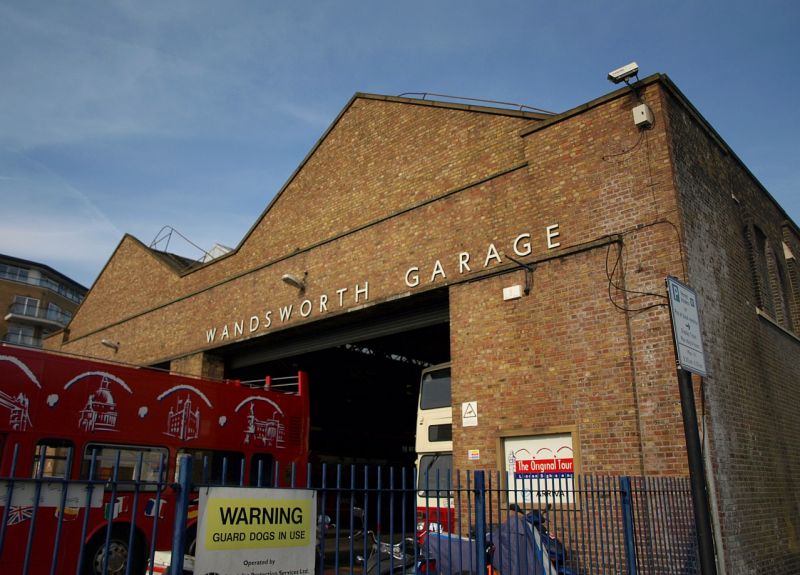 JEWS ROW SW18
1.
5033
Wandsworth Garage Bus Depot
(London Transport Executive)
TQ 27NE 2/7
II
2.
To west of Wandsworth Bridge 1906-8 tramway depot of yellow stock brick with
sparing stone dressings. The entrance elevation is altered.
The rear elevation is of 2 gabled bays, each gable recessed behind lesenes which
frame a large thermal window.
The stone cills line through with those of the long return elevation to give the
effect of a bandcourse, the windows above lying high in the wall.
The return elevation comprises a centre block articulated by 3 large, blind round-
headed windows recessed behind lesenes and also end blocks each articulated by a
blind thermal window recessed behind lesenes.
The centre and end blocks frame 2 recessed ranges, each carrying a colonnade of
lesenes framing in its upper part 6 further recessed segmental-headed and glazed
windows.