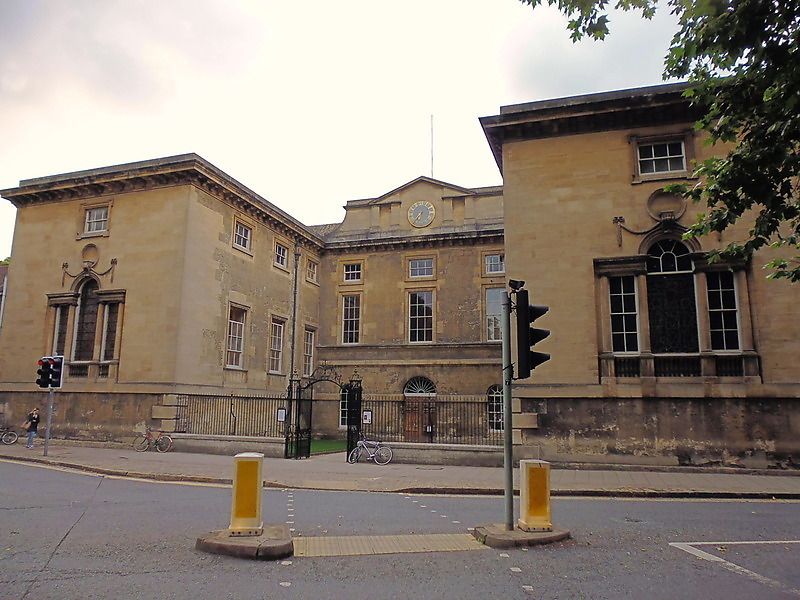 WORCESTER COLLEGE
1.
1485
Main Block
SP 5006 NE 4/132C 12.1.54.
SP 5006 SE 7/132C
I
2.
In Headington stone facing Beaumont Street. Consists of Hall in South Wing
and Chapel on North Wing with recessed gateway in between. On West is a
loggia over which is the Library. Built 1720-86, possibly to design of Dr
George Clarke with Hawksmoor's "approval"; for parts William Townesend was
mason. The design of the Chapel and Hall were changed later, possibly by
James Wyatt. The Chapel redecorated by William Burgess in 1864-66, but
restored to original design 1967. The decayed Headington Stone on West
side of the block was replaced by synthetic stone in 1924-6. Re-faced in
Clipsham blue-veined stone 1965-69.