Northerly of two riverside pavilions situated on Riverside Walk, to the rear of Nos 3 and 5, Thames Street 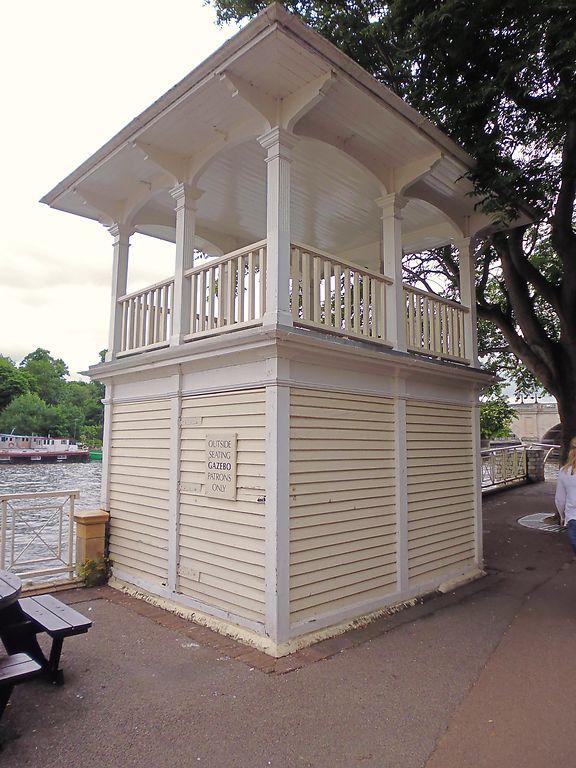 Entry Name: Northerly of two riverside pavilions situated on Riverside Walk, to the rear of Nos 3 and 5, Thames Street

Northerly of two riverside pavilions situated on Riverside Walk, to the rear of Nos 3 and 5, Thames Street

(Formerly listed as Northernmost of two riverside pavilions to the rear of Nos 3 and 5, Thames Street)

Circa 1900. Originally part of the riverside gardens built with Nos 3 and 5. Two timber-framed pavilions either side of a flight of steps down to a landing stage. Weather-boarded lower floor divided by pilasters into two bays per side, with an open loggia above having square, half fluted columns supporting, on brackets tiled, pyramidal roofs with paired finials.