The Remains of the Church of St Laurence 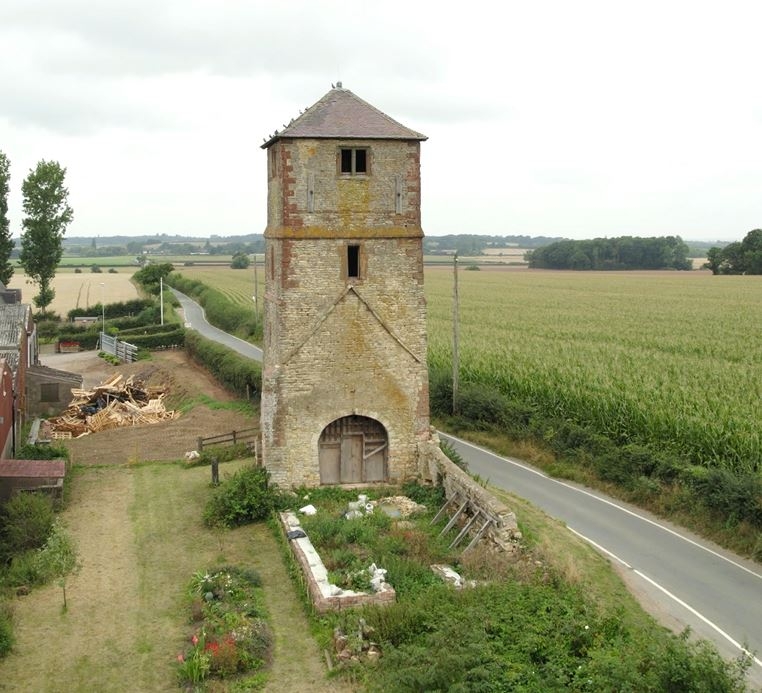 Entry Name: The Remains of the Church of St Laurence

KINGS NEWNHAM
SP47NW
2/28 The remains of the Church of
06/10/60 St. Laurence
(Formerly listed as The
remains of Church of St.
Laurence)

Shown on Ordnance Survey map as Church (remains of).
Church tower and fragment of nave north wall. Late C12 origins; upper stages
rebuilt, possibly in C16. Later alterations. Squared coursed limestone with red
sandstone dressings. First stage has some brick patching. Old tile pyramid roof.
4 stages, with splay between each stage. North side has slit window to second
stage. East side has round arch, partly of yellow brick. Nave roofline is
clearly visible. Third and fourth stages have irregular quoins. Third stage has
tall, narrow, chamfered 2-light mullioned window to each side, with mullion
removed to east. Fourth stage has 2-light double-chamfered mullioned window to
each side. Fragment of nave wall, of sandstone ashlar, is approximately 5 metres
long and 1 metre high. The remainder of the church was demolished in 1797.
(V.C.H.: Warwickshire, Vol.VI, p.194; Buildings of England: Warwickshire,
p.328).