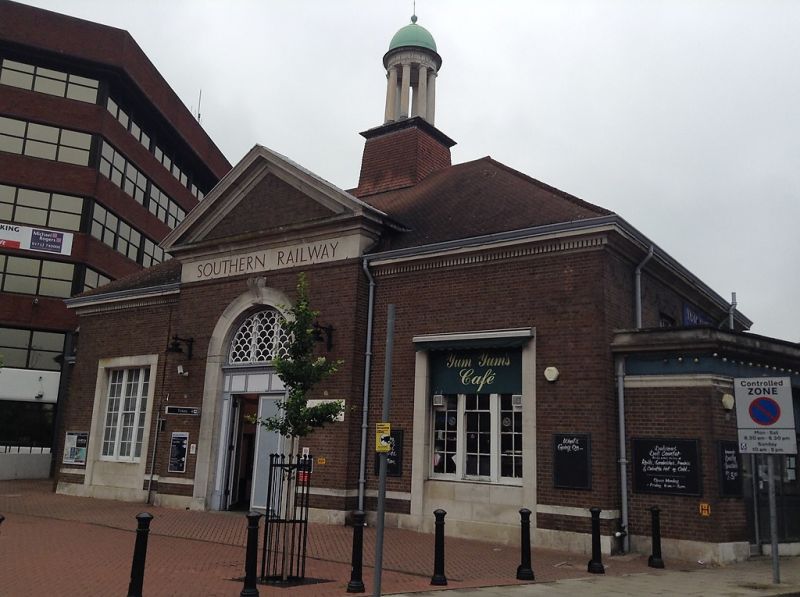 Railway Station Built in 1925 by the Southern Railway Company, replacing an
earlier timber station. Neo-Classical style. Built of brown brick in English
bond with stone dressings and hipped clay tiled roof. Central bay projects
under a stone pediment with the words "SOUTHERN RAILWAY". Double height
round-headed arched doorway. with bracket keystone and ornate fishscale pattern
cast iron grille. Large tripartite sashes with stone surrounds. Dentilled
eaves cornice and plinth. Roof has central copper domed cupola on 8 wooden
Doric columns. Attached on the Sherman Road elevation is a parade of 6 1
storey shops, also in brown brick with stone cornice, ramped up in the centre
to form a gable with large-round-headed opening below with iron twisted
columns to fanlight. The shop fronts are divided by brick pilasters with
stone capitals. The other side elevation has a sprayed gable and I storey
offices with a series of sash windows. Classical style Booking Hall with
Victorian scroll decoration and further iron grille 3 wooden gables to rear.