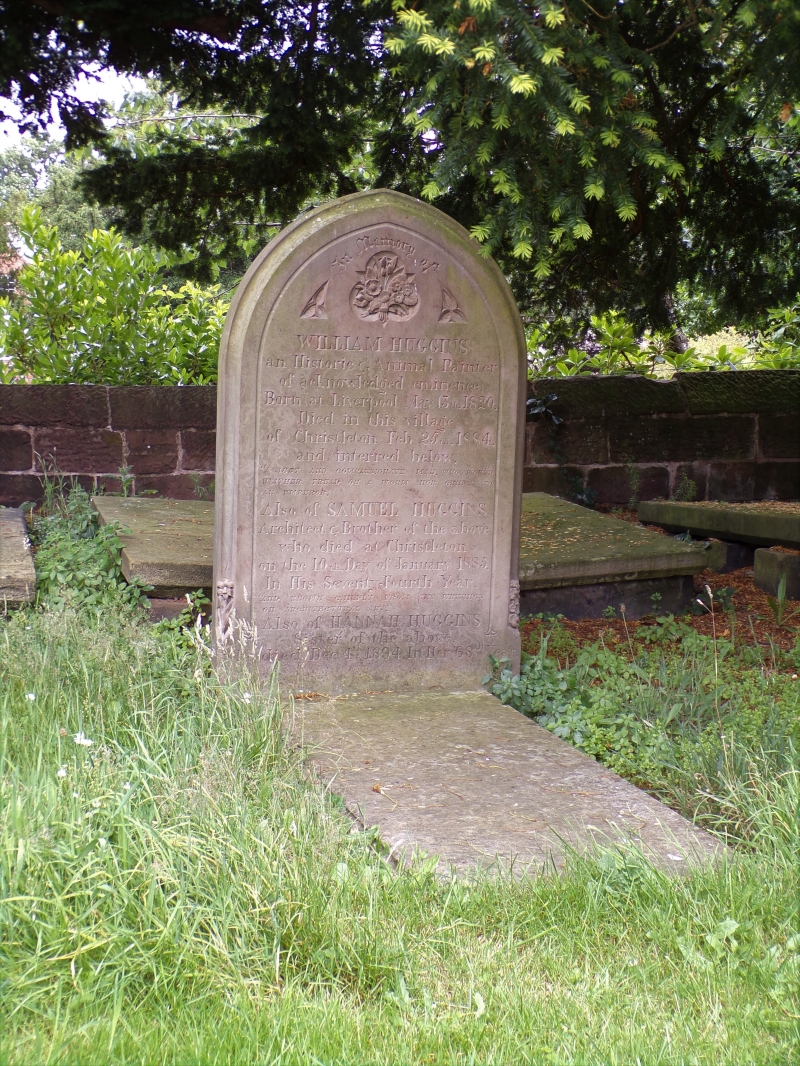 Headstone : dated 1884. Pointed arched pink sandstone slab with a -
carved posy of flowers above the inscription. Extracts of this
inscription read:
WILLIAM HUGGINS, an Historic and Animal Painter of acknowledged
eminence. A just and compassionate man who would neither tread on a
worm or cringe to an emperor.
The stone also carries a memorial to Samuel, his brother (an
architectural historian) and Hannah, his sister.
William Huggins lived for the later part of his life at Rock House,
Christleton (q.v.) where it is reported he kept wild animals in the
cellars, to draw from life.