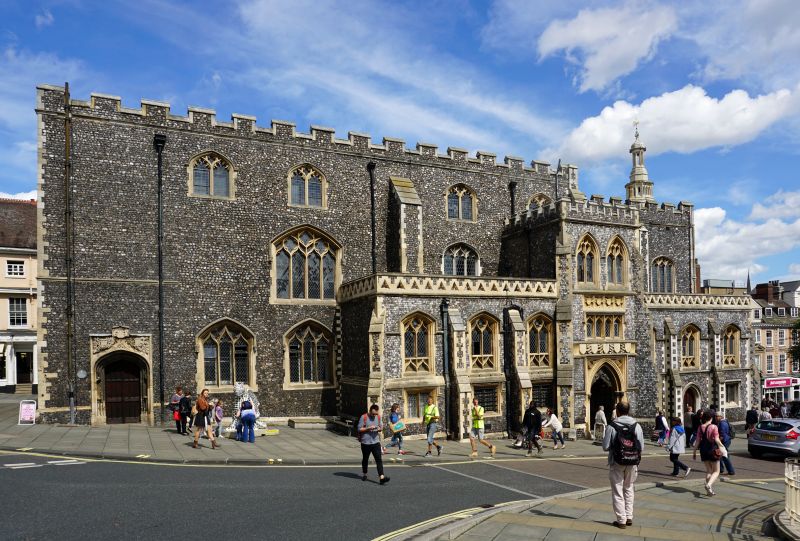 GUILDHALL HILL (south side)
The Guildhall

Fine moulded timber ceiling at first floor east with pendants. Decorated linenfold panelling and carved bench-ends in same room. Remains of medieval staircase arrangement immediately west of panelled room. Three bay twin-aisled brick-built undercroft beneath the east end of the building. Three large barrel-vaulted side chambers beneath the western half of the building. Formerly Scheduled as an Ancient Monument.