A Grade II Listed Building in Hove, Brighton and Hove 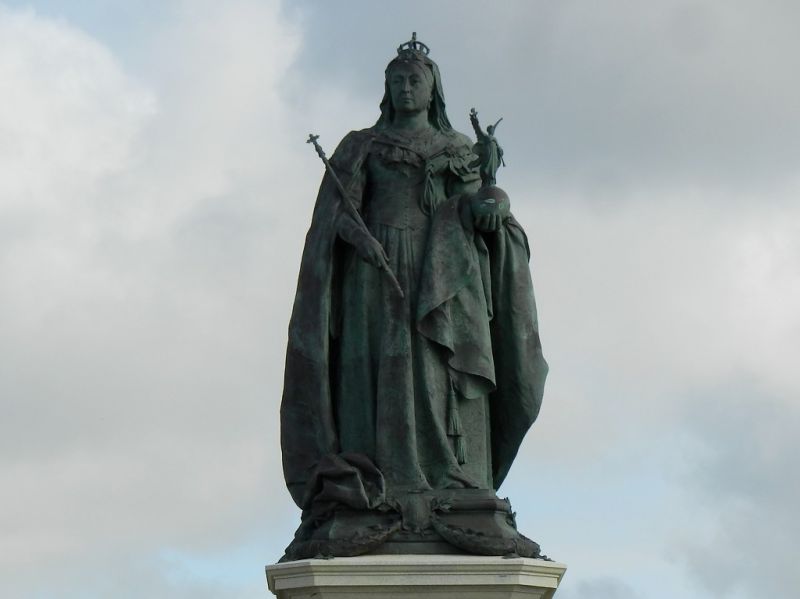 Statue of Queen Victoria. 1897-1901. Sculptor Thomas Brock.
Probably bronze, and grey marble. Plan: metal statue on marble
plinth, low surround with 4 small marble bollards. Life-size
standing statue of Queen Victoria wearing royal regalia and
facing south; dado of marble plinth embellished with 4 low
relief bronze panels with allegorical figures representing
Commerce, Education, Science and Art,and Empire, captioned
above in incized lettering. An inscription on the south front
reads "Erected by the Inhabitants of Hove to Commemmorate the
60th Anniversary of the Accession of Queen Victoria June 20 AD
1897". Of the 4 bollards, the SE one is missing. Commissioned
to commemmorate the Queen's Jubilee in 1897, the statue was
not completed until the year of her death.
(Middleton J: Hove in Old Picture Postcards: 1983-).