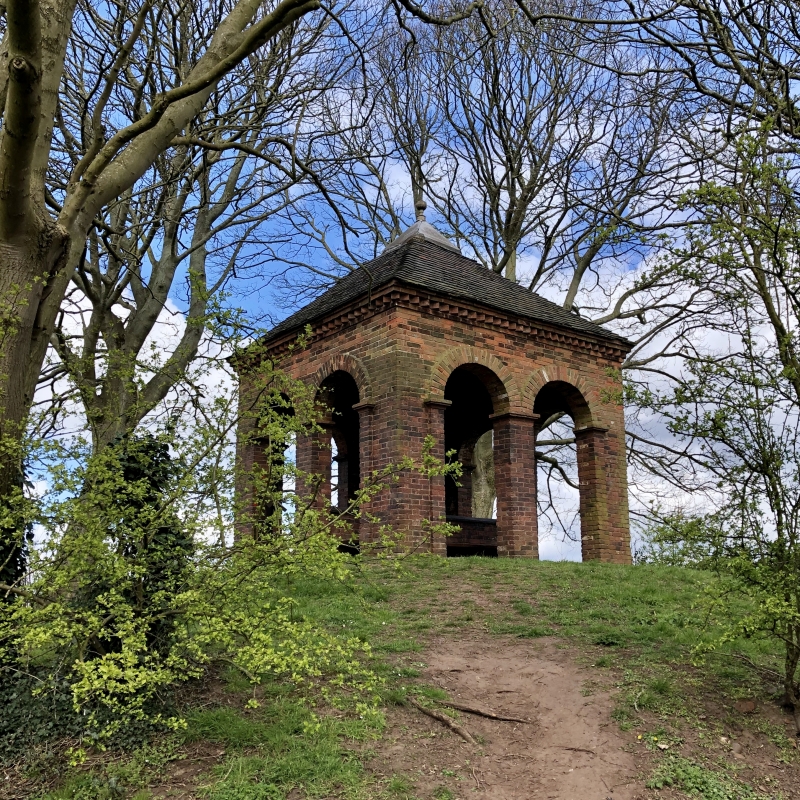 Pavilion. c1800, restored 1980s. Brick with pyramidal tile
roof. Square structure with 2 round arches to each side.
Cogged brick cornice, and ball finial to roof. Arches have
square brick piers and pilasters, and narrow imposts to proud
brick arches. INTERIOR has spine wall with bench to each side
and embossed-tile paving; renewed roof timbers. There may have
been an Anglo-Saxon fortification on this site, which is also
the traditional site of the graves of 3 Christian kings who
were killed in battle with King Penda, AD 288, and appear on
the city seal. The present structure, built by 1804, replaces
one built c1750, which probably replaced a C17 structure
called the Temple. The hill was a place for walks and other
entertainments; there is an extensive view of Lichfield.
(Victoria History of the County of Stafford: Greenslade M W:
Lichfield: Oxford: 1990-: P.7, 163).