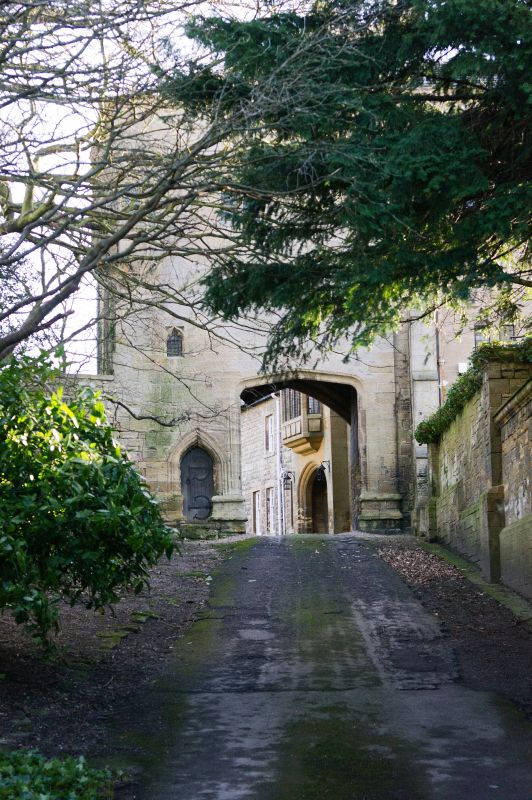 Interior Entrance hall: late C17 staircase from The Palace Yard, Coventry has
balustrade with raking panels of birds and beasts within foliage scrolls, finialled
newel posts; oak panelling appears C19. C18 details to rooms on garden front: ground-
floor sitting room with fireplace and glazed bookcases in Adam style, columned screen,
anthemion frieze. Other good fireplaces to lst-floor rooms. lst-floor room on
roadside front has C17 plaster ceiling encasing beams. Room facing left return has
barley-sugar columns flanking window (possibly from same source as staircase).
Concealed chamber above carriage arch reached by steps down from room with corner oriel.
Tudor room on 2nd floor has early fireplace with corbels and ovolo-moulded surround,
later oak panelling in same room.
Many past owners including the Crown at various points in C15 and C16. Passed from the
Gifford family to John Hutton in 1605. By 1681 sold to Sir Patience Warde (then
Lord Mayor of London) and has remained in the hands of his descendants.