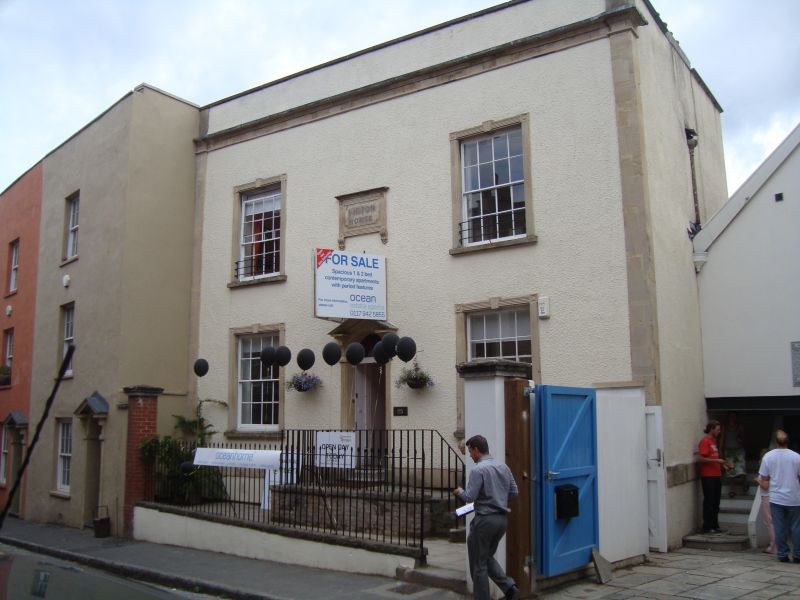 EXTERIOR: Symmetrical double front with pilasters to frieze, cornice and parapet. The central doorway has a pedimented doorcase and fanlight over the six-panel door. The windows are 8/8 hornless sashes in fluted architrave with a small key. Above the door is a similarly-framed panel, on two small brackets, inscribed PICTON HOUSE. Rear: A large rectangular window has been inserted at ground floor; above this to the first floor are two 8/8 hornless sashes; below it a segmental arched double doorway gives access to the basement. Stone steps lead up from the small courtyard to a doorway in the north elevation of No. 23 (not included in the listing). The small north range has a canted oriel window at first floor with wooden casement to ground. There is a doorway at ground floor on the inner elevation.

INTERIOR: On each floor there is one room either side of the central narrow single flight stair, with a further room within the north range. The staircase has a narrow handrail, which looks to have been re-used. Doorways at ground floor have reeded architraves with roundels.

SUBSIDIARY FEATURES: spear-headed railings to forecourt. No. 23 which adjoins Picton House to the right is not of special interest.

HISTORY: Picton House and No. 23 Picton Street stand back from the street, aligned to the west and thus at a slight angle to their neighbours. The adjacent rows of houses are shown on Ashmead and Plumley's Map of 1828 but Picton House and No.23 are not. Stylistically, the house looks to be of late Georgian date and its construction probably post-dates the map by only a few years. It was converted into flats in the post-war period and was used as an office in the late C20.

* This is a good example of a classical town house, showing characteristic Regency touches.
* Despite some alteration to the interior, it retains its plan form and some features of interest, including good plasterwork and door surrounds.