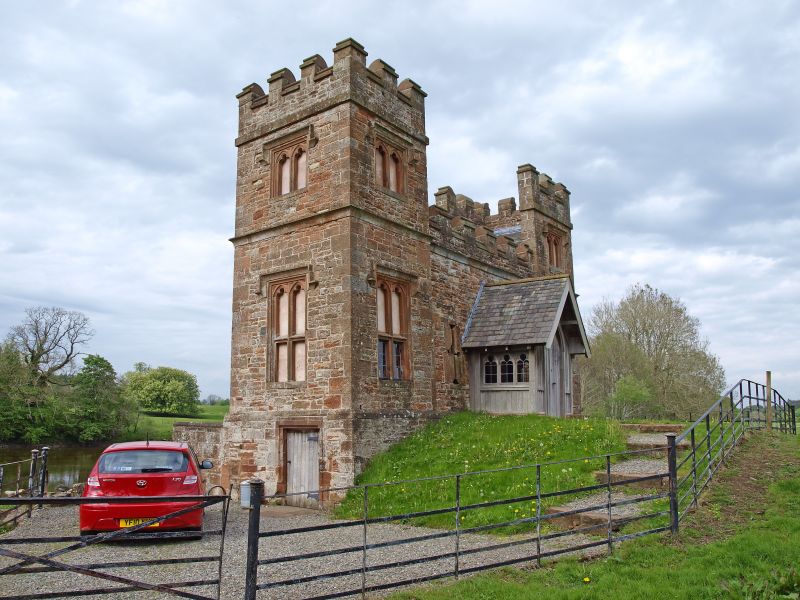 Church of England Parish: Arthuret St Michael and All Angels

Built on the river bank and all that remains of the salmon coops. Thought to have been influenced by the gatehouse of Wetheral Priory and the salmon coops belonging to that Priory. The Rev. Robert Graham consulted Mr Howard of Corby Castle on the laying out of the landscape garden at Netherby. See Country Life, 14 January 1954 p.92.