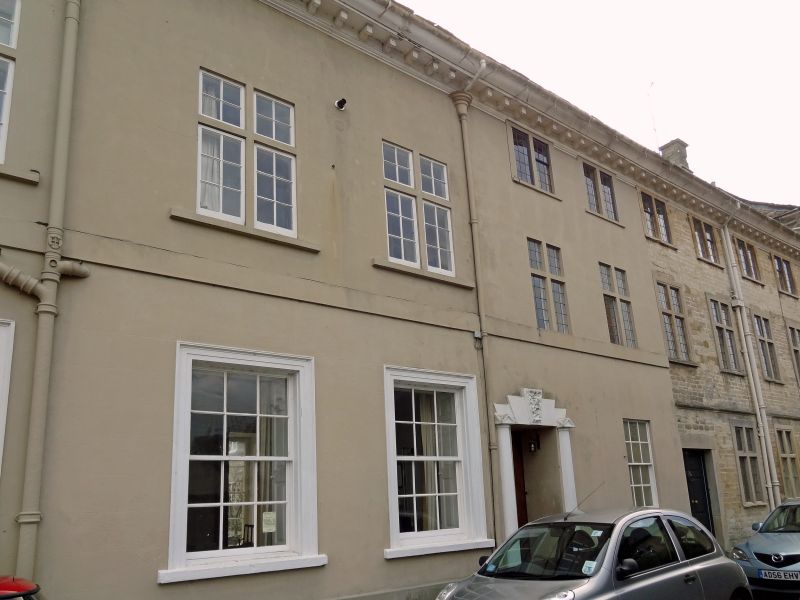 House to centre has three unmoulded mullion-and-transom windows to the first floor; two six-by-six-pane sashes in moulded architraves to the ground floor right with blind window and C20 door in similar architraves to left.

INTERIOR not inspected but noted to have undergone considerable alterations. Coxwell Court is a former old people's home now converted into a large number of flats and with C20 houses in the former garden.

This entry was subject to a Minor Amendment on 10 October 2018.