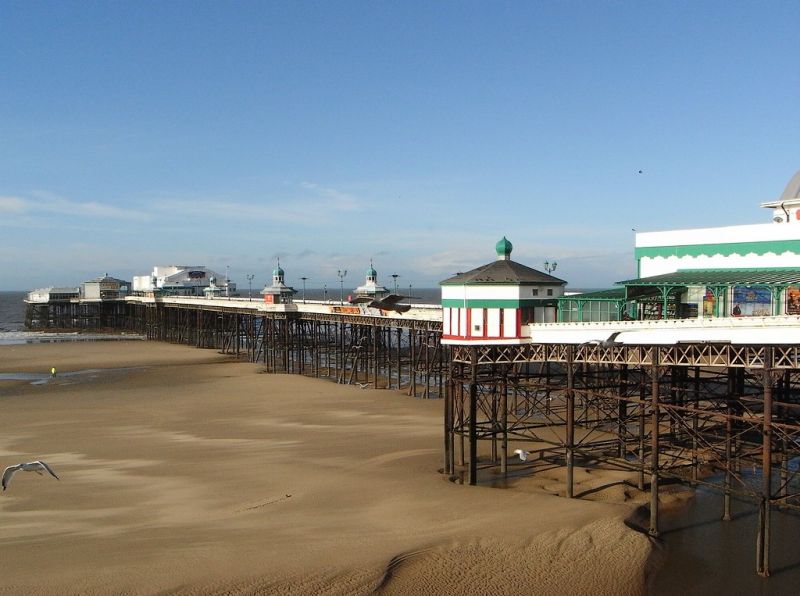 Pier, 1862-3, by Eugenius Birch, contractors R. Laidlaw and Son of Glasgow.
Cast iron screw piles and columns supporting iron girders and wooden deck
1,405 feet long, with jetty of 474 feet (added 1867). Pierhead enlarged
with wings 1874 (for Indian Pavilion later destroyed by fire) now has
modern theatre on north side, and curved glass and iron shelters on south
side. Promenade deck lined each side by wooden benches with ornamental
open-work backs of cast iron: a continuous band of stars in circles
surmounted by semicircular fan-shaped backs in groups of three, the centre
one having a grotesque in the middle, and the groups divided by voluted
armrests. Two pairs of original kiosk-bays on deck have kiosks built
c. 1900: each an elongated hexagon of wood and glass, with 2-tier swept-
out lead roof bearing octagonal lantern of blue glass and minaret roof
with finial.