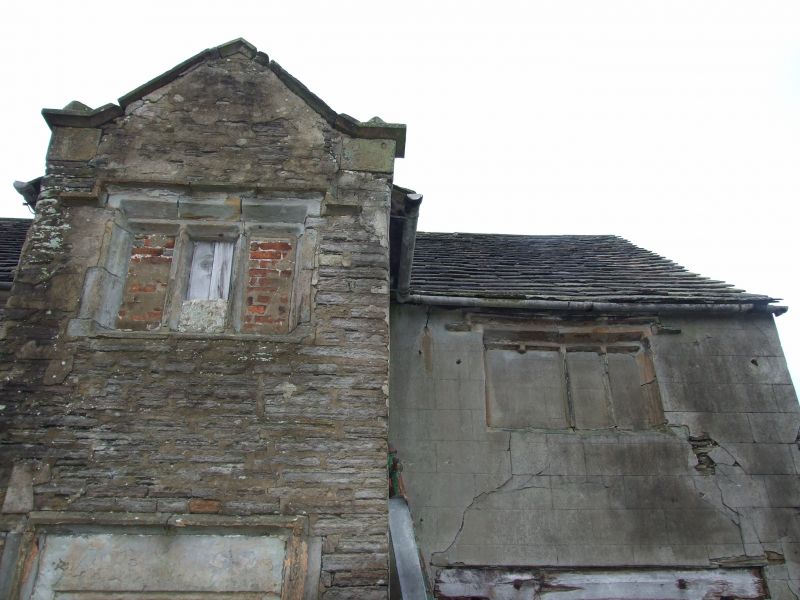 Interior: second and third bays divided by stone cross-wall, which has original stone firehood to full height of second bay, and remains of timber firehood in third bay; hall part in second bay has at upper end a very large rectangular inglenook with stone heck, at lower end a timber-framed partition with wattle-and-daub infill and two slightly-arched service doorways, and at the back a studded board door to stair turret which contains stone stairs turning round a stone newel; upper floor has timber-framed axial and longitudinal partition walls which appear later.