Church of St John Baptist and attached railings and gates 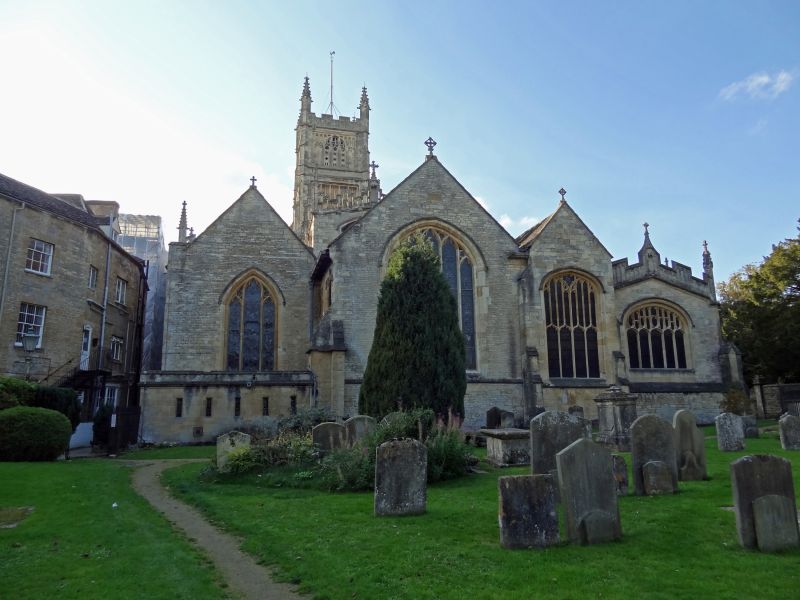 MONUMENTS: numerous monuments, brasses and wall tablets, wall tablets re-arranged by Scott, monuments include: Lady Chapel, in north east corner large tomb to Humfry Bridges and his wife, 1598 and 1620, with recumbent effigies under canopy with coffered arch with two sons kneeling to either end under separate canopies and six daughters to front by Baldwin of Stroud, to south wall semi-reclining effigy of Sir Thomas Master 1680, other tablets and headstones and C15 and C17 brasses.

STAINED GLASS: Medieval glass largely lost since C18, east window of chancel has medieval glass to lower half of three central lights imported from Siddington, otherwise made up, partly from fragments, in late C18 by Samuel Lysons; medieval fragments in each window of Trinity Chapel; early C16 glass to south window of south nave aisle; C19 glass by Hardman.

An exceptional church, the largest parish church in Gloucestershire. The railings and gates to the Church of St. John Baptist were listed 23.7.71.