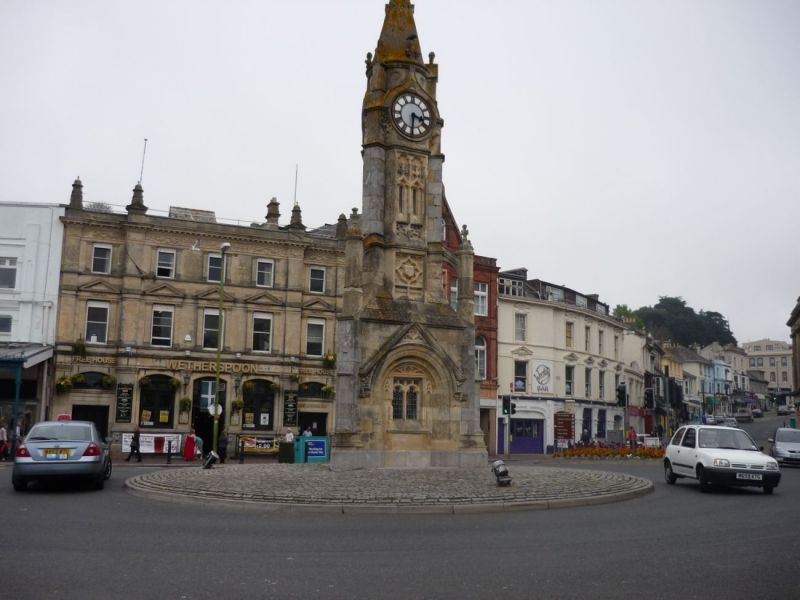 Clock tower. 1902. Designed by J Donkin of Bournemouth, carved
work by Harry Hems & Sons, contractor EP Bovey. Erected by
public subscription to commemorate Richard Mallock, M.P.
Yellow sandstone on a local grey limestone plinth with grey
limestone dressings. Gothic style. Triangular on plan with
flying buttresses; traceried panels to each face and a conical
cap with a crocketed finial. The lower stage has round-headed
moulded recesses under gabled dripmoulds: one recess contains
a door with stained glass; another a 2-light window with
stained glass and the third contains a memorial plaque. Ellis
notes that the original design was more elaborate and included
a drinking fountain. 3 lamps originally lit the clock faces,
but were found inadequate and were replaced with luminous
dials in 1924. INTERIOR: Not inspected but may contain
features of interest.
(Ellis CA: An Historical Survey of Torquay, 2nd edition:
1930-: P.198-199).