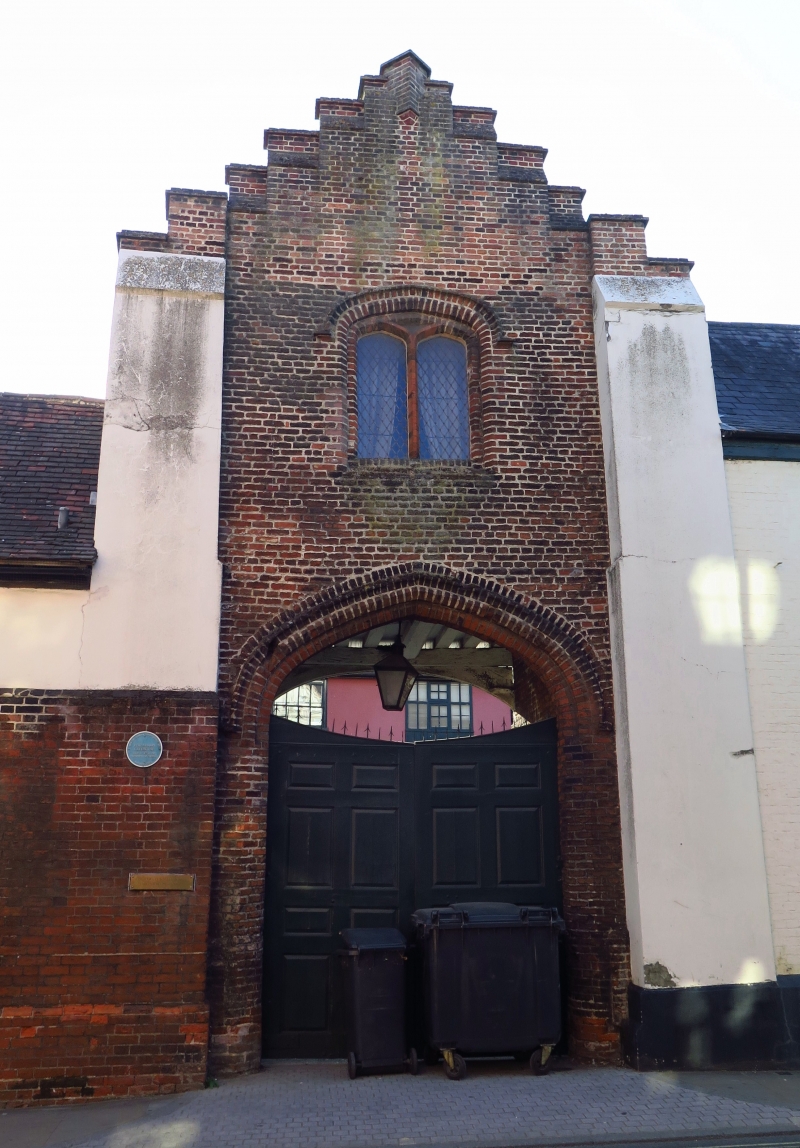 2.
A C15 gateway attributed to William Pykenham, who became Archdeacon of Suffolk
in 1471, Dean and Rector of Hadleigh in 1472 and who died in 1497. He also
built the fine brick gatehouse called the Deanery Tower at Hadleigh. The
initials W P were formerly om the gateway, and in one of the spandrels a
fish, presumably a pike, although these have now been worn away. The gateway
has a 4-centred arch and a 2-light 4 centred arched window with latticed
leaded light, moulded brick mullions, hood moulds and chamfered reveals.
The gateway has a crow stepped gable (rebuilt). At the rear a timber-framed
and plastered wings extends to the west on the 1st storey, with exposed timber-framing
and a 3 light mullioned window with arched lattice leaded lights. The gable
is jettied on a moulded bressumer and the apex also projects slightly on
a moulded bressumer. A small gabled wing extends south with a jettied upper
storey and a 2 light casement window. A high brick wall extends south for
about 70 ft. At the north end there is a small entrance with a 4-centred arch
with shafts and capitals, and at the south end there is a large 4-centred arched
carriageway. The north part of the wall now has a tiled capping and the south
part has a sloping brick capping with brick dentils.

All the listed buildings in Northgate Street except Garden Wall to No 9
form a group with No 43 (Great White Horse Hotel) Tavern Street, No 2
Great colman Street and Part of Nos 2 to 12 (even), St Margaret's Plain.