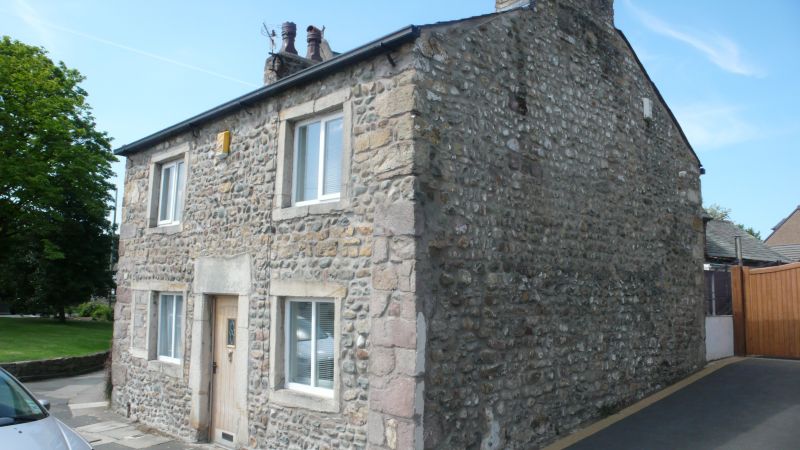 House. Probably mid C18 with C17 remains. Cobbles with
sandstone dressings. Front roof slope of slate, with rear
slope of concrete tiles. Windows are C20 brown-stained
casements in plain stone surrounds which have had their sills
lowered. Each was probably originally of 2 lights with a
central flat-faced mullion. To the left of the left-hand
window on the ground floor is a blocked light, suggesting that
it was originally of 3 lights. The central doorway has a stone
surround of mid C18 type with a slight chamfer. Gable
chimneys. The left-hand quoins change colour at 1st floor
window sill level, suggesting that the eaves may have been
raised. The right-hand quoins belong partly to the gable of a
lower earlier building which once adjoined to the right but is
now demolished. The rear elevation has 2 small rebated and
chamfered window surrounds of C17 type on each floor, formerly
of 2 lights but now with mullions removed, and a chamfered
stair window. These might be re-used from an earlier building
as the depth of the present house suggests a C18 date.