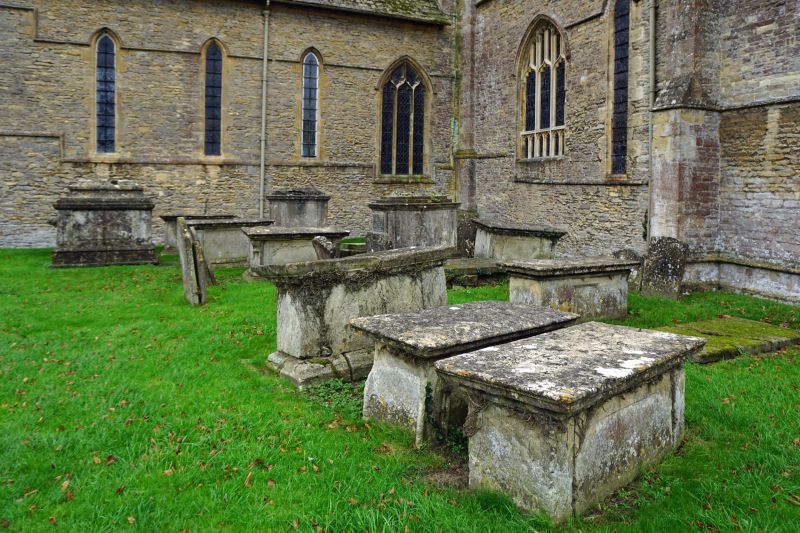 Entry Name: Group of 16 Chest Tombs Approximately 1 Metre East of Chancel and to East of North Transept and North of Chancel of Church of St Mary