A Grade I Listed Building in Witney, Oxfordshire 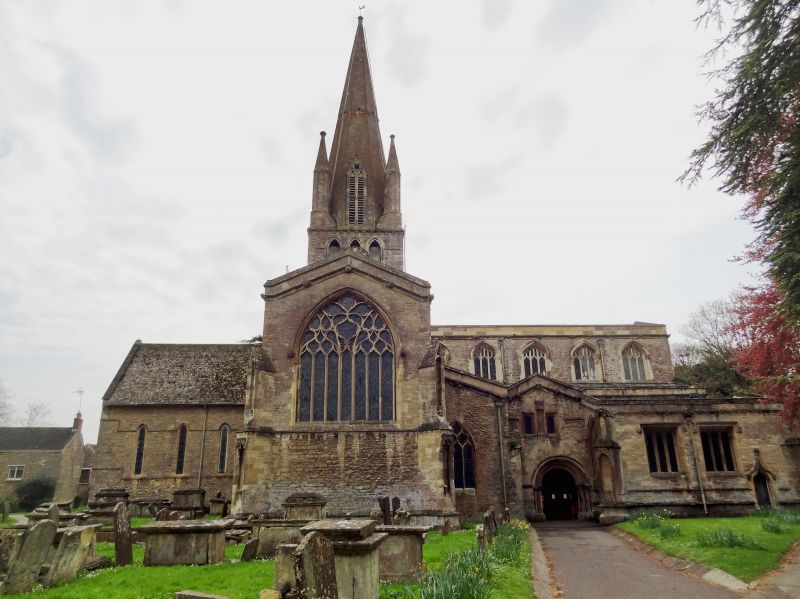 Stained glass: mid C19 memorial glass in most windows, east window by Clayton and Bell (1879) and west window by Wailes (1867).