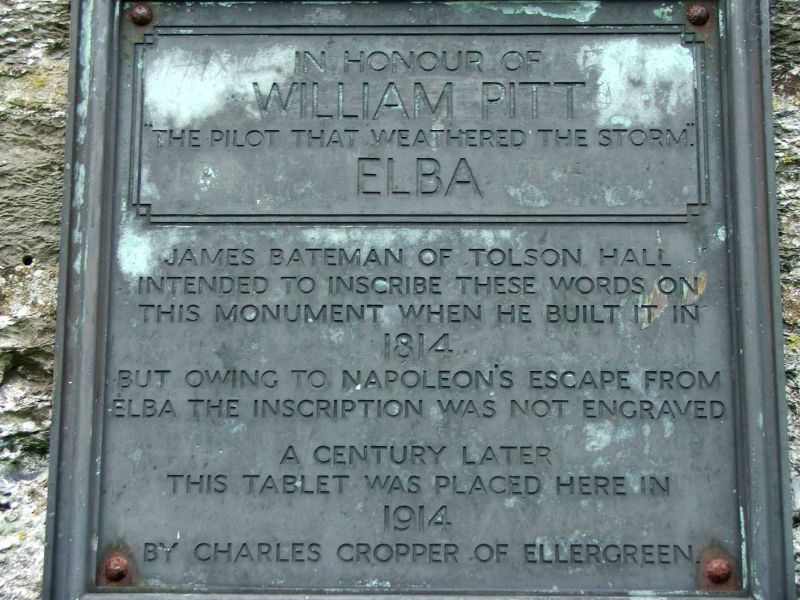 Monument erected in 1814 by James Bateman of Tolson Hall. Roughly squared and
coursed limestone on 2-stage plinth with ashlar dressings. A plaque (now
missing) apparently stated:
"In honour of William Pitt the Pilot that
weathered the storm" Elba. James
Bateman of Tolson Hall intended to inscribe
these words on this monument, when he built
it in 1814. But owing to Napoleon's escape
from Elba the inscription was not engraved.
A century later this tablet was placed here
in 1914 by Charles Cropper of Ellergreen.
The monument stands on a mound known as monument hill North West of Kendal and
has landscape value.