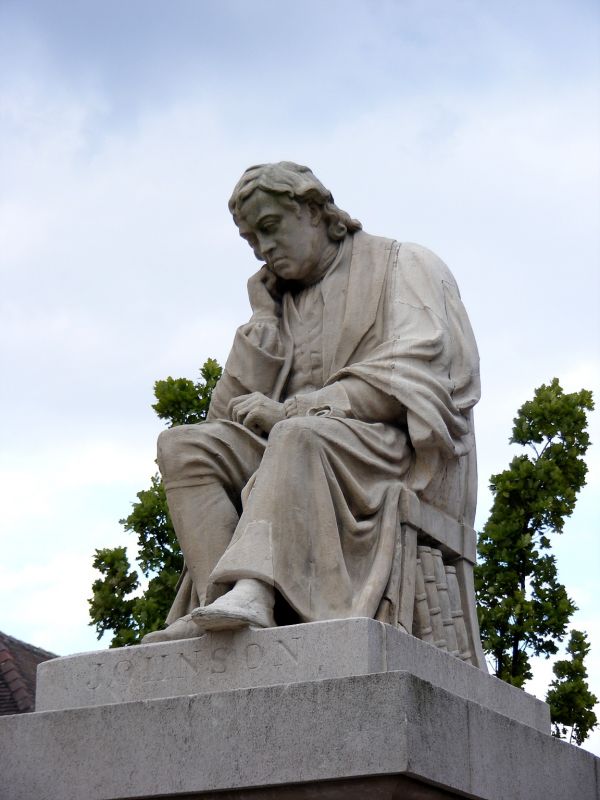 Statue of Dr Samuel Johnson. 1838. By Richard Cockle Lucas.
Ashlar. Seated statue on plinth. Plinth has torus moulding to
base; 3 sides with reliefs illustrating scenes from Johnson's
life, influenced by Donatello's Schiacciato Relief (Pevsner
p194); rear panel has inscription commemorating the gift of
the statue by Dr James Thomas Law, Chancellor of the Diocese,
with later plaque commemorating the 200th anniversary of
Johnson's death. Seated figure of Johnson in academic robes,
deep in thought, on a Greek Revival chair with books beneath.
Dr Johnson, 1709-84, writer and critic, edited the dictionary
for which he is chiefly remembered, one of the 2 great
landmarks in the history of English dictionaries.
(Buildings of England: Pevsner N: Staffordshire: London:
1974-: P.194; Drabble M: The Oxford Companion to English
Literature: Oxford: 1985-: P.274, 513-5).