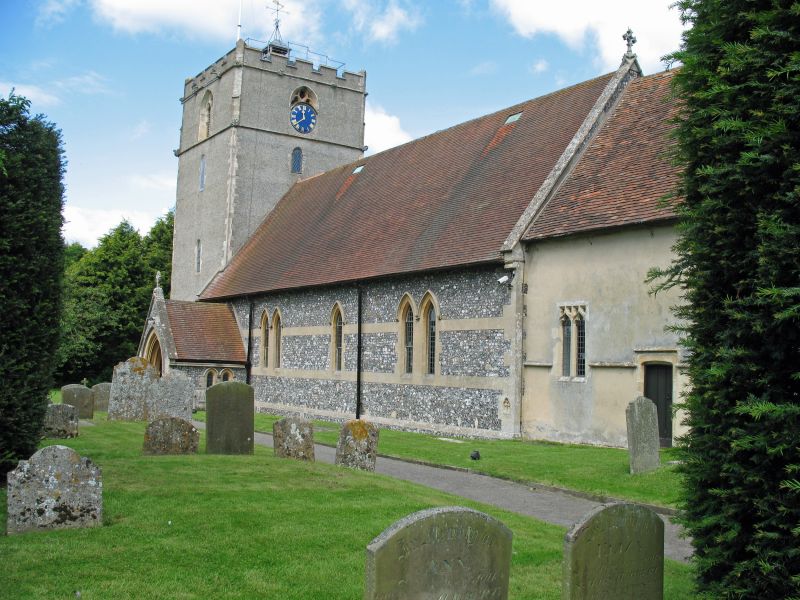 Church of England Parish: Chieveley with Winterbourne and Oare

West tower: two stages; with two low C19 buttresses to west. C13 first stage; depressed arched doorway to west with quatrefoils in spandrels and hood mould with carved stops. Three small lancets above each other to west, and two on northern and southern faces. C14 bell stage with diagonal buttresses, battlemented parapet, and two-light openings with quatrefoils in heads, on all faces. String course between stages with corner gargoyles. Clock to east, and cupola with weathervane.

Vestry: window to east with two ogee lights, and door with hood mould.