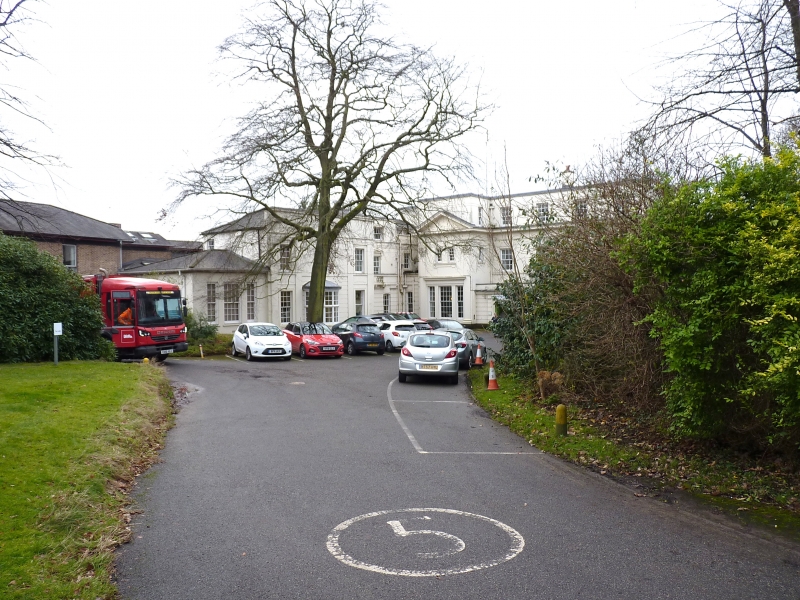 BRISTOL ROAD
1.
5104 (east side)
Selly Oak B29
No 1046
SP 08 SW 11/10 8.3.82
II
2.
Part of Woodbrooke College. A late Regency modest 2 storey stucco country
house built in 1830 by Sir Josiah Mason. Later in the century acquired by
George Cadbury who made the house over to the Quaker Settlement in 1903.
Considerable alterations and enlargements 1908-10 and subsequently have nevertheless
remained in keeping. As built the entrance front had a recessed centre flanked
by projecting wings dressed with giant order of Corinthian quoin pilasters.
It is now much altered with later wings and entrance but retaining one of
the original wings with a pediment added, all the alterations in a matching
stucco style of 1908-10. The garden elevation to south remains unaltered
but extended. As built of 5 bays with a shallow pedimented centre break
of 3 bays, all articulated by a giant order of Corinthian pilasters on moulded
bases rising from plinth. First floor sill course, deep frieze and dentil
cornice, parapet. Windows have shallow architrave surrounds, glazing bar
sashes intact to first floor. Slate roof. In 1908-10 five bays were added
to the west in matching style with the subsequent addition of an attic storey.
The 3 bay west return has the order returned supporting a pediment. The
original east return retains 2 similar bays divided by a pair of giant pilasters.
The interior was much altered in 1908-10, but the main staircase appears to
be original, rising in a rectangular well, open string with cast iron bannisters.