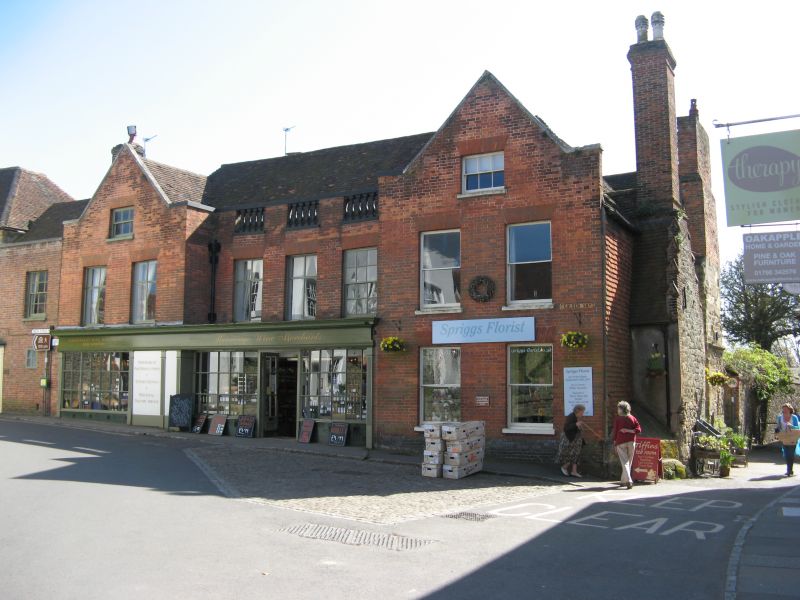 In the entry for;

The entry shall be amended to read;

House, now shops. Formerly occupied by the Haslemere Go-operative Society. The
house was originally called York & Lancaster House and is part of the same block as
Kitchen Court (now subdivided), High Street (q.v.).
C17 or earlier timber-framed building, refaced with red brick in the C19. Two
storeys. Centre portion of three windows with a balustraded parapet over and
projecting gabled wings of two windows each and attic windows in the gables. Tiled
roof. Sash windows, some with glazing bars intact. Modern shop front. The west
wall is of sandstone with two massive chimney breasts, one topped by a crow-stepped
red brick stack. It also has a blocked original window.
South front C18 sandstone. The house contains C16 and C17 panelling and a C17
staircase.