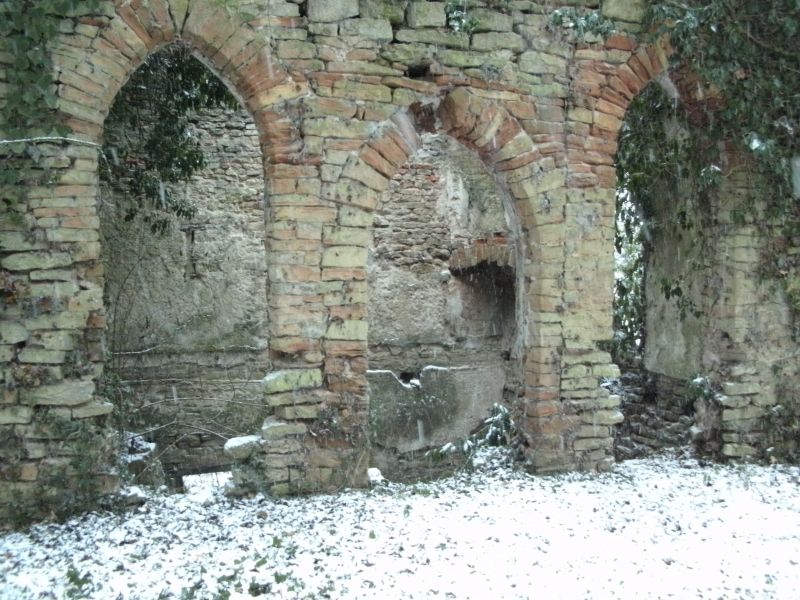 Garden wall with 4 projecting pavilions at the angles. Mid C18.
Coursed rubble with ashlar dressings. Quadrangle plan, standing
at the head of a quarry, with an embattled coursed rubble wall to
the north, east and west. At the north east and north west
corners are single storey pavilions, each with a single pointed
arched entrance in their north walls. At the south east corner
is a 3 storey embattled pavilion. The west side, first floor,
opens out into the garden, with single central pointed archway,
flanked by single, taller, narrower, similar arches. In the
south wall is a single pointed arched window opening. The ground
floor, which opens out into the quarry, has a single archway and
a single rectangular opening. The interior first floor has the
remains of a fireplace. At the south west corner is a further 2
storey embattled pavilion. The east side, ground floor, opens
out into the garden, with single, central, possibly re-used,
moulded ashlar arch supported on slim, worn, engaged columns and
capitals. To the north west is a further wall with arched
opening with ashlar impost blocks and keystone. To the south
east are 3 walled kitchen garden with various openings.