Premises Occupied by He Wakeford, Tailor 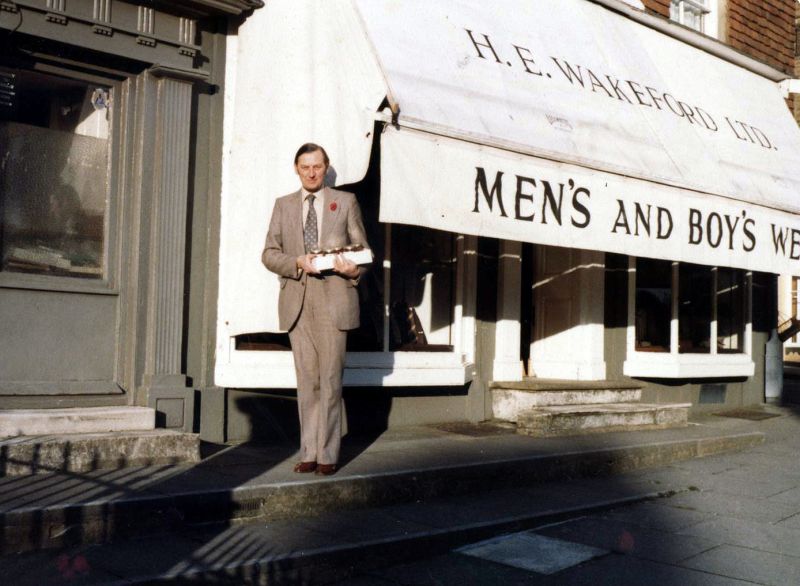 Here is my father, standing in front of the shop he bought in 1960 and operated for almost 30 years. Behind and above the shop was living accommodation where the family lived until the mid 1970s. After my father's retirement he continued to let the property - for a while as three separate outlets and then after modernisation as a ladies fashion store. Our interest in the property continued until 2015, when the family decided that it would be used better by a new owner able to shape the property to their own needs.

Uploaded by Richard Wakeford on 16 February 2015