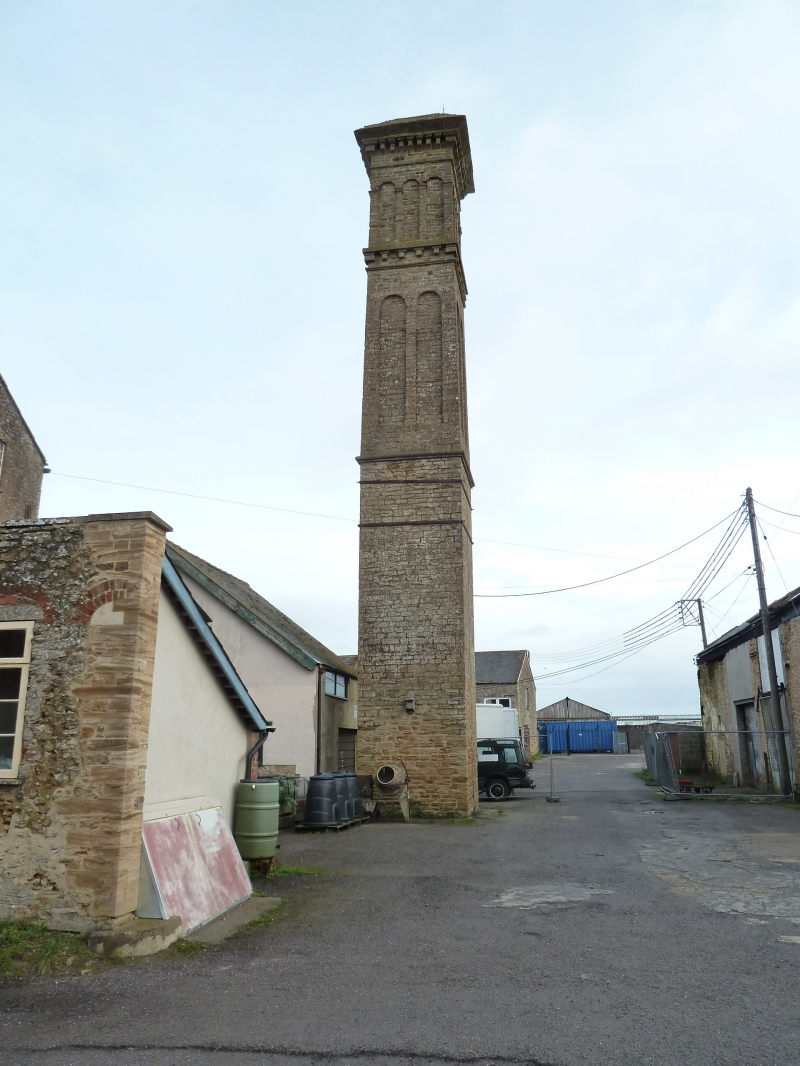 5/143 Boiler chimney to Parrett Works,
attached to south side of Parrett
Iron Works
28.2.78

Boiler chimney. Circa 1855. Ham stone near-ashlar, badly eroded at top. Square on plan, about 2m wide at base; in 3
stages; the lowest about 10m high plain except for low arched opening in south-east side, now blocked, and a soot door
in north-east side, arched link on south-west side to the boilerhouse, now much altered: string course at top, then
stage 2 about 8m high, with 2 long semi-circular arched recessed panels each face, then double string course, the upper
having dentil blocks; top stage about 6m high, with 3 semi-circular arched panels each face, this stage having impost
blocks; dentilled quasi-cornice of marked projection above, with angled flaunching to capping. Part of the Parrett Iron
Works, founded on this site circa 1855 on site of earlier water mills. (VCH, Vol III, 1974).