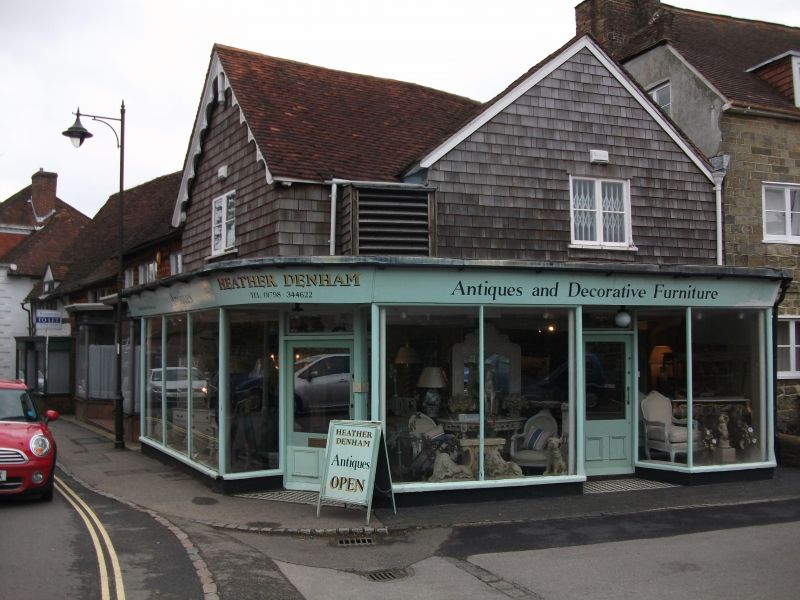 GV II
House, later subdivided into four properties incorporating three shops. One building. Probable late Mediaeval in origin extended in C17 with C18 and C19 alterations to north east. Timber-framed building with the timbering, including tie beam, curved tension braces and red brick infilling exposed in the north wall. The west front to North Street has the northern timberframed bay exposed with curved braces and plastered infill but the adjoining three bays have been refaced with red brick on the ground floor and tile-hanging above and the southern bay is now faced with wooden shingles. Tiled roof. The southern bay has gables facing south and west with carved bargeboards and pendants. Two storeys; six windows to front, mainly casement windows. Three built-out C20 shopfronts. Eastern part of The Nook is faced in stone with some tile-hanging to the first floor near the eastern end. North front has C19 casements but small earlier casment window with leaded lights and grille. South wall to passageway between northern and adjoining bay to south on street front has stonework followed by exposed timberframing with plastered infill to the first floor and C18 red brick to the ground floor on cement plinth.
INTERIOR: The north western bay has late mediaeval framing with jowled posts and curved tension braces. The adjoining bays to the north east have early C17 framing with exposed floor joists and there are open fireplaces to ground floor kitchen and first floor lounge with wooden bressumers and the C17 chimneystack is visible. The roof structure above appears to have been replaced in the C18. Exposed wattle and daub. Other parts of the building were not inspected internally.