A Grade I Listed Building in Pulborough, West Sussex 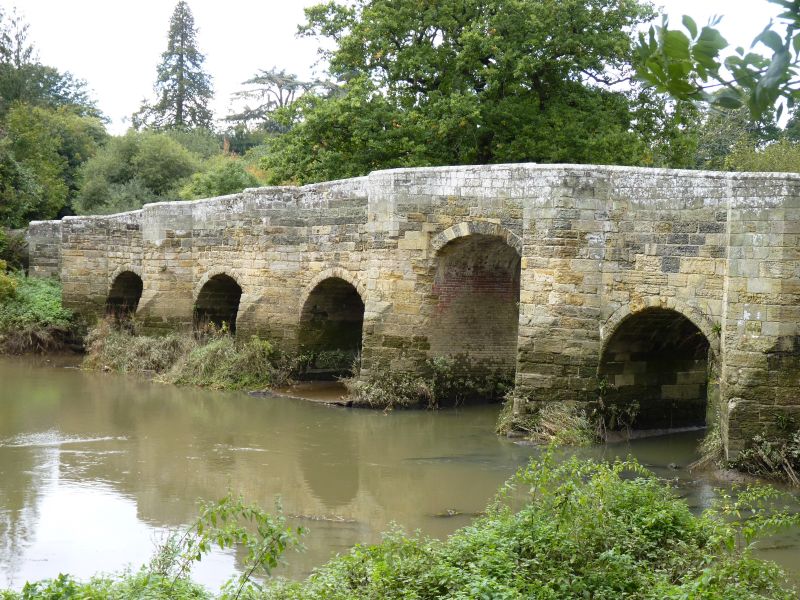 Bridge. This is partly in Horsham District (formerly Chanctonbury Rural District).
Scheduled Ancient Monument. Dallaway's History of West Sussex and all the early
authorities gave the date of the Bridge as 1309. But the correct date is probably
1422-3. One span was destroyed in the Civil War and replaced by a "drawbridge".
This was fenced in 1650. The centre arch was raised in 1821 and has the inscription
J.S.A. July 7 1822. It was badly damaged by army lorries in the late war. It was
repaired after the war but has been damaged again since. It is built of Midhurst stone and Hythe sandstone, and consists of a high segmental arch in the centre and 3 lower round-headed ones on each side. There are blunt cutwaters between the arches. These are continued above the water level on the south side as half-hexagonal buttresses and form recesses of this shape for pedestrians on the bridge. On the north side the cutwaters are continued the whole height of the bridge as cutwaters and form triangular recesses on the Bridge.