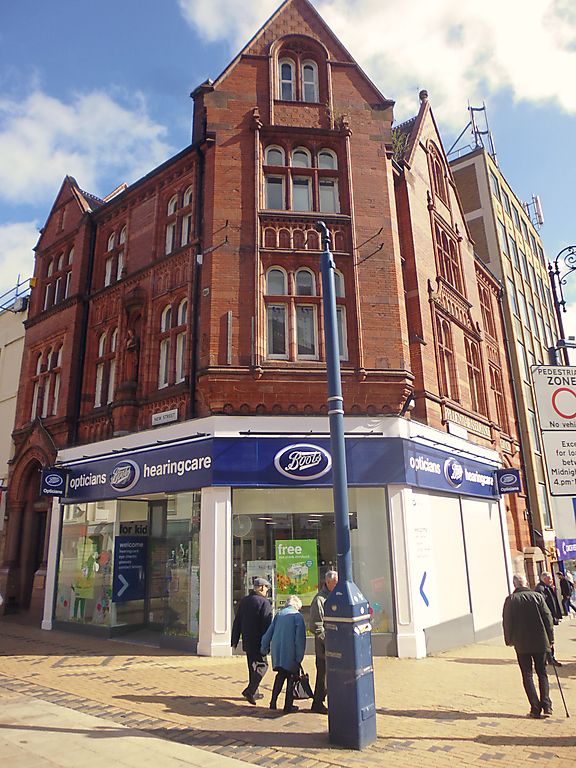 NEW STREET
1.
5113
(East Side)
No 71
SE 1416 SW 3/939
II
2.
1897-8. Architect Alfred Waterhouse. Red brick and moulded terracotta. Pink
marble plinth. Pitched slate roof. 3 storeys and attic. Moulded stringcourse
above ground floor. Moulded eaves cornice. Large gabled bays break forward
slightly on south side, and (diagonally placed) on corner: small gabled bay
on west side, over doorway. Ground floor modern, apart from east bay of south
front which has one arched window with moulded surround, and north bay of west
front which contains doorway. This is of pink marble up to impost level, has
paired columns taking moulded pointed arch with gable over. Door has traceried
fanlight and moulded transom with "Prudential Assurance" in good contemporary
lettering. All windows are casements with mullions and transoms (windows in
gables have mullions only), in moulded oblong frames (windows in 2 large gables
have moulded round-arched frames). Some windows are vertically linked with
panelled zones in between. West front has statue in canopied niche, once taken
on a buttress. South front has "Prudential Assurance Buildings" in good contemporary
lettering.