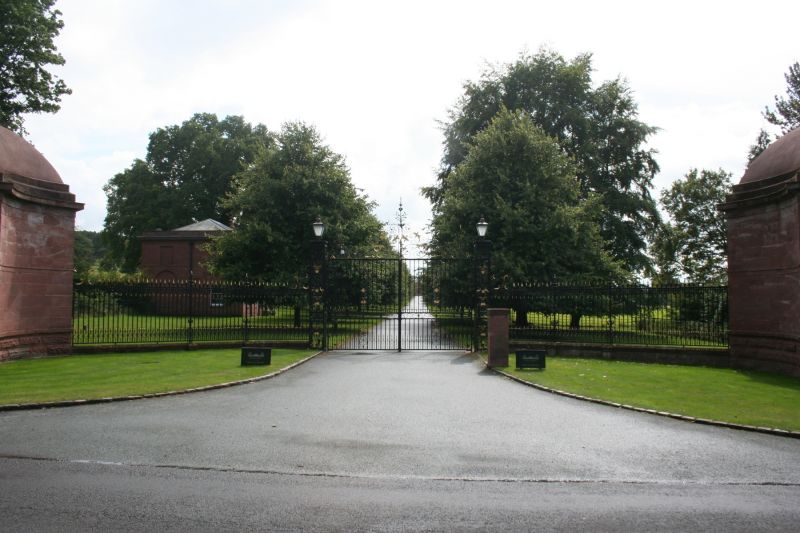 Pair of Gatepiers with screen railing to each side; the railings
early C18 by the Davies Brothers of Croes Foel, the piers probably
circa 1830. Wrought iron and artificial stone. The screens are each
of 3 panels divided by principal rails with scrolly brackets and
ornate circular caps. Ornate dog-bars, ornamented top rail and leafed
spikes of alternating design to common rails. Moulded stone plinths.
The square gatepiers have recessed corners, long panels to front and
back, moulded bases and projecting cornices which carry tapering
finials formerly capped with balls or urns.
The gates (by the Davies Brothers) have gone.
The gates, screens and lodges were at the north entrance to Carden
Hall, burned down in 1924.