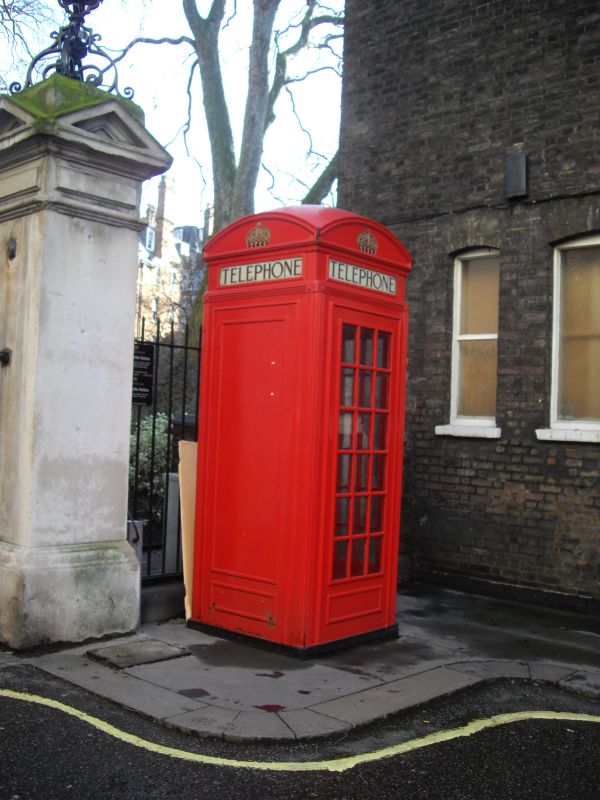 The K2 follows the standard design: square, cast-iron and painted red, covered by the distinctive shallow domed roof with pendentives. There are 18 glazed rectangular lights to the door and sides; each side is framed by a shallow, reeded strip with small paterae to the angles. On each face of the frieze there is a rectangular white glazed panel bearing the word 'TELEPHONE' in black. Each segmental pediment of the sides of the dome has a perforated crown, the symbol of the GPO.

HISTORY: In 1923, the General Post Office (GPO) launched a competition organised by the Royal Fine Arts Commission to design a new telephone kiosk to improve upon the first standard design, the K1, in service from about 1921, which was widely deemed unsatisfactory and resisted by the London Metropolitan boroughs. In 1926 the winning entry was finally selected: a neo-classical design by Sir Giles Gilbert Scott (1880-1960), already a leading architect whose commissions had by then included Liverpool's Anglican cathedral. The shallow-domed top of the K2 is reminiscent of Soane's design for his tomb in St Pancras Churchyard (Scott was a trustee of the Soane Museum). Approximately 1,700 K2s were erected, mainly in Metropolitan London, and just over 200 are thought to survive. It was succeeded by Scott's K6 design in 1935, which was installed nationally.

This K2 kiosk stands to the south of the entrance of Mount Street Gardens, along with another K2 to the north. The gardens were formerly St George's Hanover Square Gardens which were laid out in 1889-90 on a disused parish burial ground.

REASON FOR DESIGNATION: The K2 telephone kiosk is designated for the following principal reasons:
* Design: The K2 represents a milestone in industrial design, a highly successful adaptation of architectural tradition to contemporary technological requirements designed by a leading C20 architect, and is thus of special architectural and historic interest;
* Rarity: K2s were not produced in very high numbers and are now relatively scarce. The K2, almost exclusive to London, is a highly distinctive feature of the capital's streetscape;
* Group value: Other listed buildings in the vicinity include another K2 to the north of the entrance to Mount Street Gardens, the gate piers to the gardens and Liddon House (all Grade II), and Grosvenor Chapel (Grade II*).