Church of the Holy Ghost 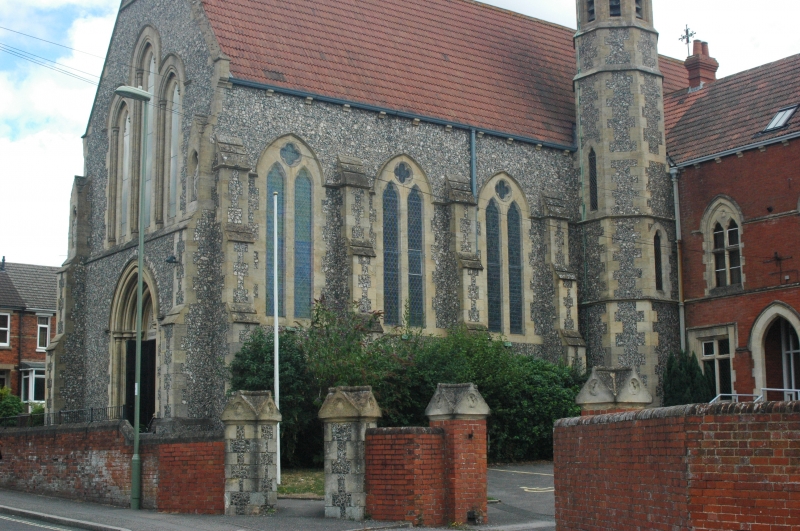 Canon Scoles also designed and built churches at Bridgewater
and Yeovil (in his previous diocese of Clifton), and a western
extension for Portsmouth Roman Catholic Cathedral (q.v.). This
church in Basingstoke is the last and best of his work. On his
death in 1920 he was buried next to the Sanctuary. The
tombstone commemorates Canon A.J.C. Scoles, d1920, architect
and patron of the church; stepped ridged gravestone with roll
mouldings, moulded gablets and surmounted by crucifixion; it
is situated in the angle of the Lady Chapel and Sanctuary.