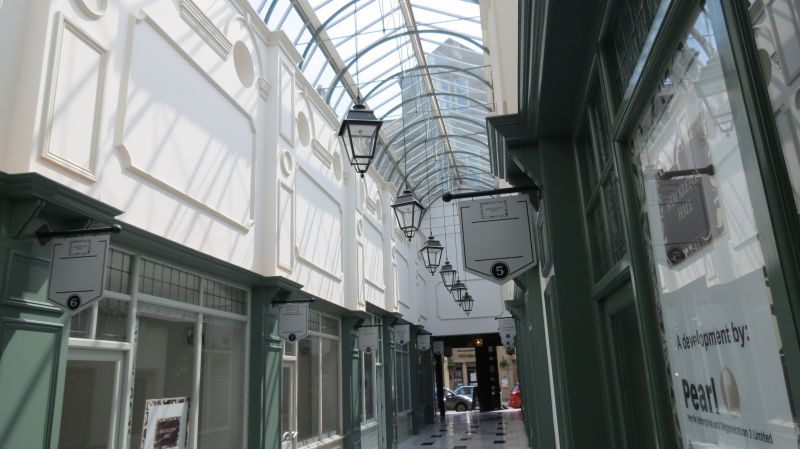 Shops and offices. Late C19. Ashlar. Slate roofs. Three storeys. Ground floor
has modern shops under original moulded stone cornice on scrolled brackets. Upper
floors are divided into two blocks. Westerly block has 8 bays forming continuous
round-arched arcade with moulded voussoirs and keystones on first floor. Second
floor has tall casements with chamfered surrounds, of which middle four break
forward slightly on a moulded corbel and are crowned by a prominent shaped and
pedimented gable above the balustraded parapet. Easterly block has 5 bays, central
one breaking forward slightly and crowned by a segmented pediment above the parapet:
windows on this bay are tripartite sashes, second floor one with semi-circular
tympanum, breaking upwards into the dormer. Remaining windows are sashes in plain
surrounds.