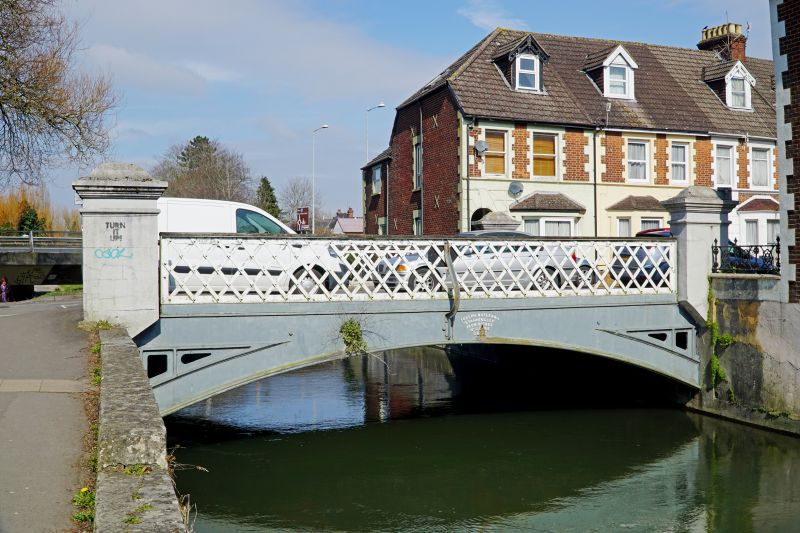 Bridge over River Avon. 1858; re-erected on this site in 1898. Single-span of four cast-iron segmental arched girders with wrought-iron lattice parapets above and concrete terminal piers with moulded caps. Girders cast in 1857 by Joseph Butler and Co, Stanningly Ironworks near Leeds. The lattice parapets and terminal piers were added in 1898.
It was originally erected to carry the London to Exeter railway over Castle Street nearby. In 1898 it was replaced and moved to this site to carry the A3393 over the River Avon. The inscriptions on the parapets state that it was moved and re-erected by T. Scammell without the aid of machinery.