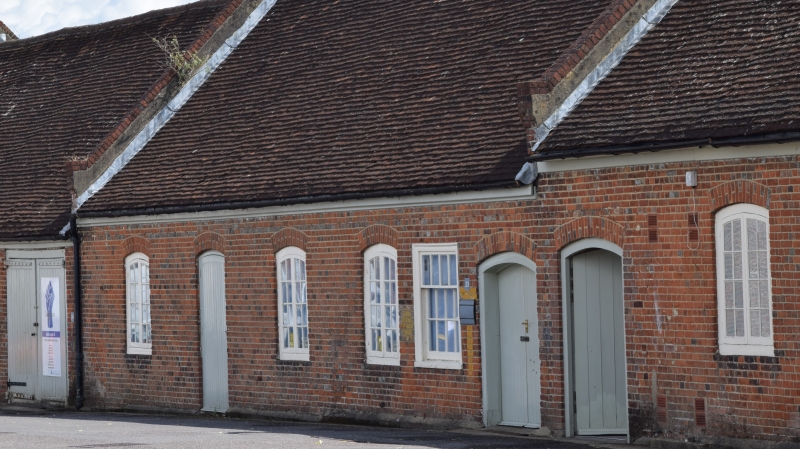 EXTERIOR: A long range to the S side of the former cooper's square: sections separated by a fire wall rising through the roof; W sections have brick plinth, each with a central boarded door and variable distribution of windows and weather-boarded panels; the windows have 10/10-pane lights. Brick sections have segmental-arched windows with two 8-pane casements, and boarded doors to the ends. Section 3 from the E has a ridge stack.

HISTORY: Used for making barrels for the Navy's rum issue until it was discontinued in 1970. Built in 1766 and, like the S range, incorporates the original brewery wall of 1764. The most westerly 2 units were built as coopers' shops, the third unit as a seasoning house, and the remaining 5 units were for the storage of casks. The easternmost 3 units were altered to form a smiths shop in 1833/4 to serve the newly constructed Tank Store. At this date a small office was also added at the eastern end. A forge still remains in the building. Forms one side of the cooper's square with the W and E ranges (qv), in which barrels were stacked. Clarence is one of the first large industrial food processing plants in the country, and indicative of the considerable scale of the Navy'' victualling operation, on an important site overlooking the river.