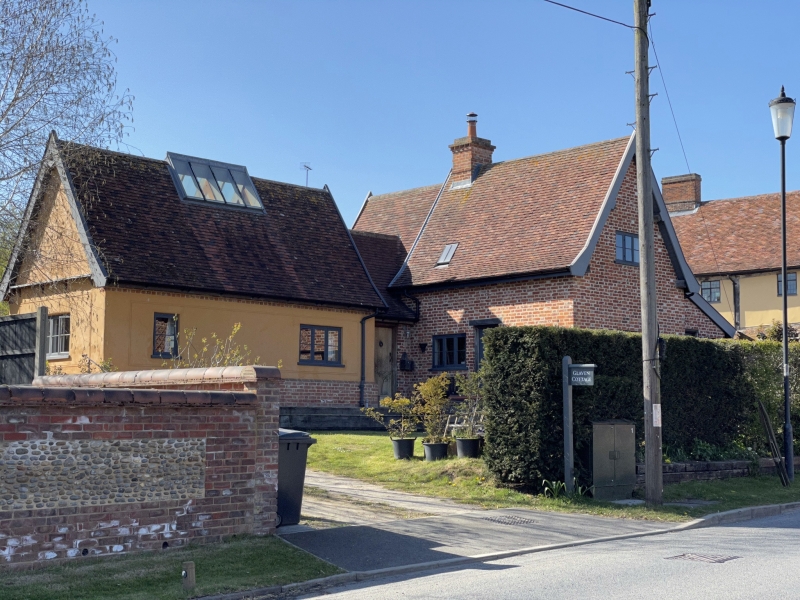 House. Early/mid C18 with later alterations. Timber frame, part faced early C20 in brick and rendered and whitewashed. Brick plinth. Pantile roof with brick end stack. Single-unit plan. Single storey and attic, gable facing. Single-window range of 4-light casement over 3-light. Plank door to right with further door to far right in end of full-length later outshut to right side. Shaped barge boards to gable. Left side has plank door with 3-light casement to left. Rear has small single-light in gable and door in the other end of the outshut. INTERIOR. Tall panel framing visible, of light scantling, mostly, but in some places are heavier re-used timbers. Thin bridging beams with run-out stops. Stack is probably original with open fireplace and remains of bread oven to right. The right end wall of the fireplace has been moved to narrow the fire opening. Simple winder stair to left of stack. Original roof with long diagonal rafter braces. A rare survival of a humble single-unit house.