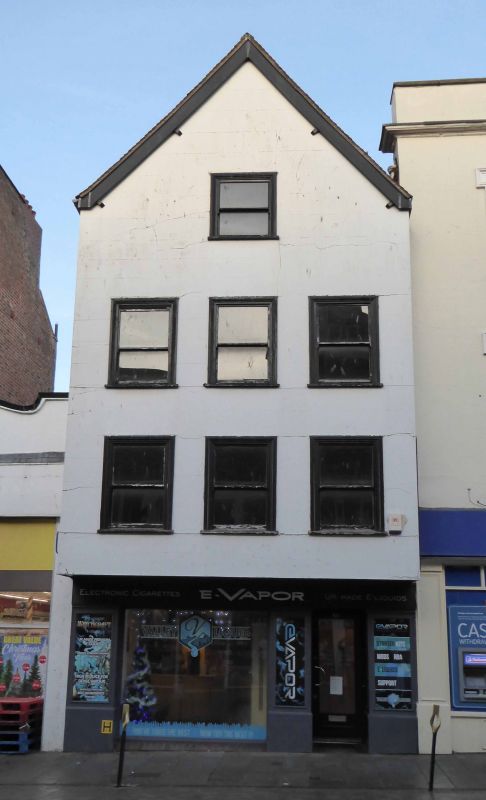 Merchant's house, later shop and dwelling, now offices. Early
C17, altered in C19 and C20. Stuccoed timber frame painted
white, front gabled; plain tile roof, brick stack. A range at
right angle to street with rear wing.
EXTERIOR: three storeys, cellar and attic. The front on the
ground floor has a recessed late C20 glazed front, above the
gabled front to the upper floors is jettied at from
first-floor level; on each of the first and second-floors
three plain, horned sashes, and a similar, slightly smaller
sash in the gable, all in openings with timber architraves and
projecting sill boards. Originally the front was jettied at
first and second-floor levels.
INTERIOR: not inspected, but known to contain timber-framing
exposed and recorded c1980; the cellar, re-walled in brick in
C19, was excavated in 1977 when the moulded base of a Roman
column on a rectangular plinth was discovered below the front
foundation.