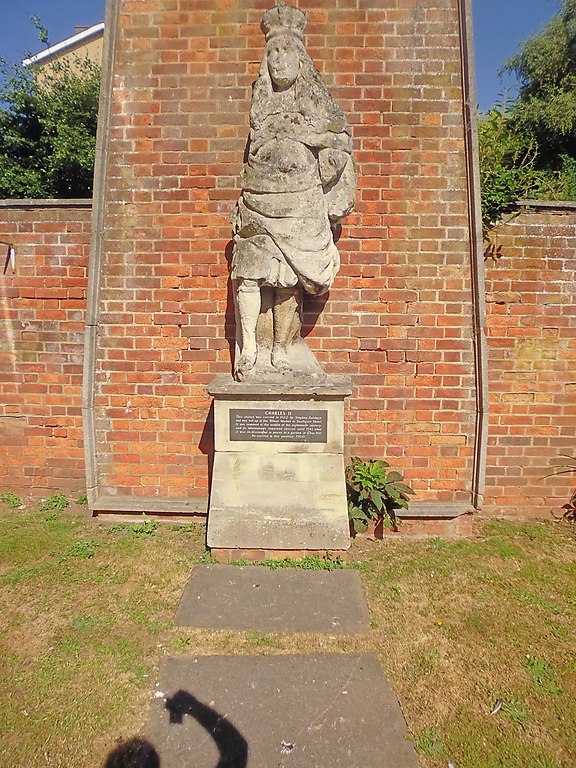 Statue of King Charles II. 1662. By Stephen Baldwyn.
Limestone, weathered and damaged in part; cleaned and repaired
in 1960 and set on new stone pedestal with inset plaque on
front inscribed:
"CHARLES II. This statue was carved in 1662 by Stephen Baldwyn
and was set up in the Wheat Market in Southgate Street. It was
removed in the middle of the eighteenth century and its
whereabouts remained obscure until 1945 when it was
rediscovered in pieces at Chex Hill. Re-erected in this
position in 1960."
Slightly larger than life standing figure, crowned and wearing
royal robes; originally set within a niche at the north end of
the Wheat Market House in the middle of Southgate Street and
probably not removed until the demolition of the building in
c1785.