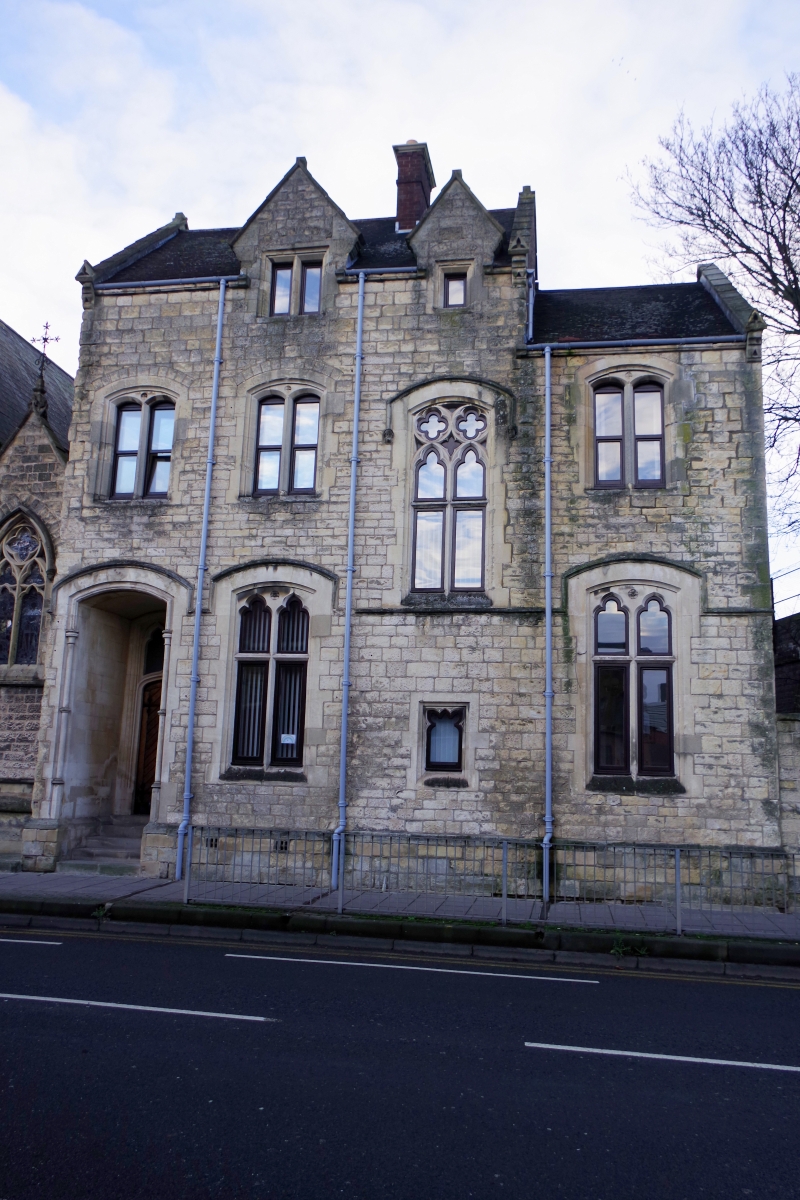 Roman Catholic presbytery. c1880. Squared stone in course,
ashlar details, end-gabled slate roof with gabled dormers,
brick stacks. Double-depth block adjoining the west side of
the Roman Catholic Church of St Peter (qv).
EXTERIOR: two storeys, attic, and cellar; an imposing
asymmetrical front in a Gothic Revival domestic style; the
front of four bays, on ground floor to left a recessed porch
framed by nook shafts with moulded bases and capitals, and
segmental-arched head with roll moulding; within the porch
stone steps to door threshold, panelled door, to right of
porch in the second and in the fourth bay a two-light window
with segmental-arched head, upper transom, and trefoiled heads
in the upper lights; in the third bay, between the two-light
windows, a small, single light window; across the front,
between the porch and the two-light windows, a continuous
moulded, string course raised as a hoodmould above each arch;
at intermediate level in the third bay, lighting the
stairwell, a similar two-light window with cusped tracery in
the head and hoodmould with carved stops; on the first floor,
in each of the first, second and fourth bays, a two-light
window with shallow segmental-arched head and arched lights,
each light with a casement; the attic above the first, second
and third bays lit by two dormers with coped gables and shaped
kneelers, above the second bay the larger dormer with a
two-light, mullioned window and the smaller dormer above the
third bay with a single light window, all the lights with
casements; at each end of roof coped gables with shaped
kneelers crowned by gablets.
INTERIOR: not inspected.
A significant contribution to of the overall design with
Church of St Peter (qv).