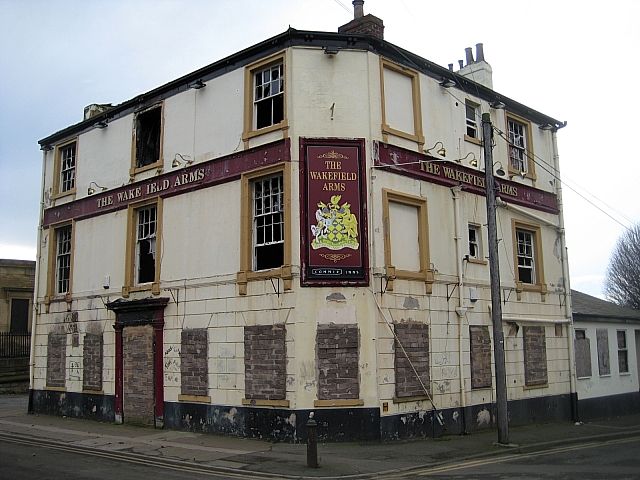 The Wakefield Arms on Monk Street was supposed to become an Indian restaurant after being sold by Punch Taverns in 2003, but the transformation of the grade-II listed building never took place. It is now derelict and has been trashed.
To look at it now you would never believe that in its day it was a seven-bedroom hotel with kitchens, tap room, bar and underground brewery. The cement structure has been a pub since it was built in the 1840s. Built in Portland cement, a material created by local inventor Joseph Aspdin, whose company was in nearby Kirkgate.