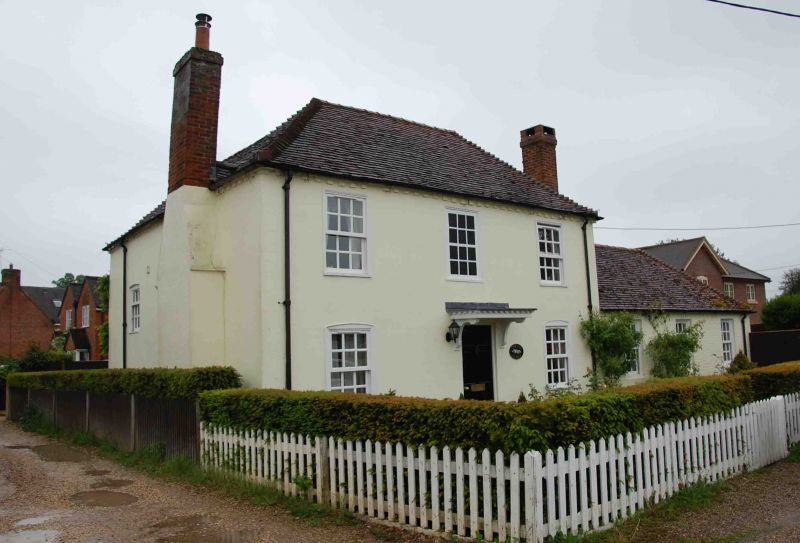 House, formerly partly used as a shop. C18, altered and extended in C19 and circa late C19 or early C20. Rendered brick. Clay plain tile hipped roof with brick dentilled eaves course. External brick stack on either side with set-offs. PLAN : 2-room plan front range with a central entrance. The original house was probably L-shaped on plan and the rear NE wing appears to be part of the original house, but the other rear wing is probably C19. In the late C19 or early C20 a large shop extension was built on the front. EXTERIOR: 2 storeys and attic. Symmetrical 3-bay west front with 12-pane sashes, centre first floor window and central doorway blocked; the ground floor window on the right was removed when a large projecting shop was built covering all of the front ground storey except for the left-hand window; the shop has a twin-span roof with a gabled front with a shop window. Sash windows at the sides. INTERIOR: The interior joinery appears to be mainly C19. The two front rooms have chamfered ceiling beams with cyma stops; the right-hand room has a large blocked fireplace. Simple staircase with stick balusters.