A Grade II Listed Building in Wembley, Kensington and Chelsea 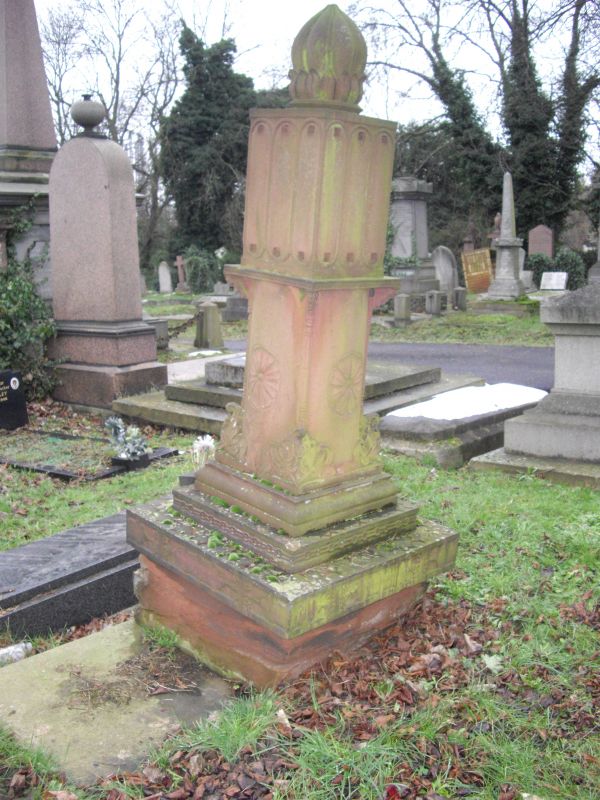 Monument to Daboda Dewajee, died 1861. Indian grave marker of red North Indian sandstone on a weathered base of red British sandstone which formerly bore an inscription. Dewajee was an Indian judge: this is an apparently unique example of an Indian monument, derived from Mughal examples, imported to England.