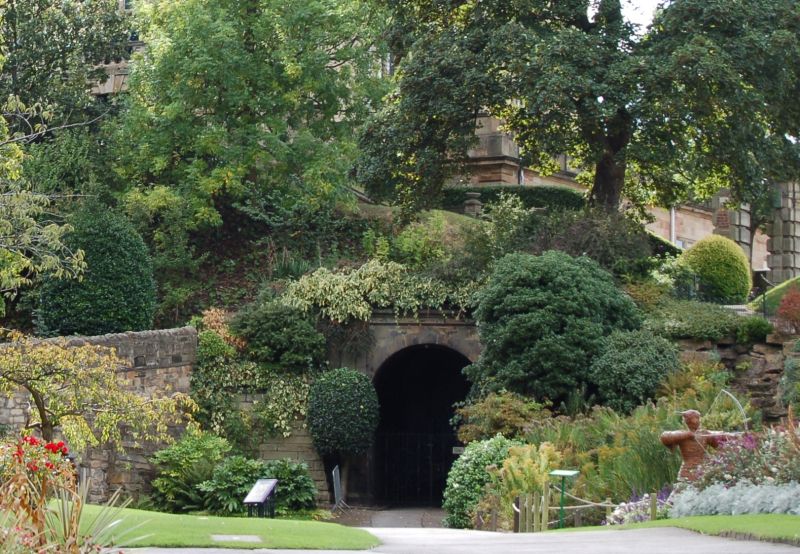 Bridge spanning the middle moat at Nottingham Castle, and
adjoining archway and porter's lodge. Bridge, originally a
drawbridge, c1170, for Henry II. Altered late C16, restored
c1878 and c1984. Adjoining archway and lodge c1800.
Bridge, coursed squared stone with rubble coping to parapet
walls. Single round arch with long approach ramps. Pair of
cast-iron gates, late C19. An important survival of the
medieval castle.
Adjoining archway has a round arch flanked by pilasters, under
a cornice and flat gable. To its right, an underground
porter's lodge, with pedimented ashlar doorcase and 6-panel
door with fanlight. These probably date from the period when
the Castle was occupied as apartments.
(Get to know Nottingham: Hamilton A: Nottingham's Royal
Castle: Nottingham: 1980-: 2,5,6,22).