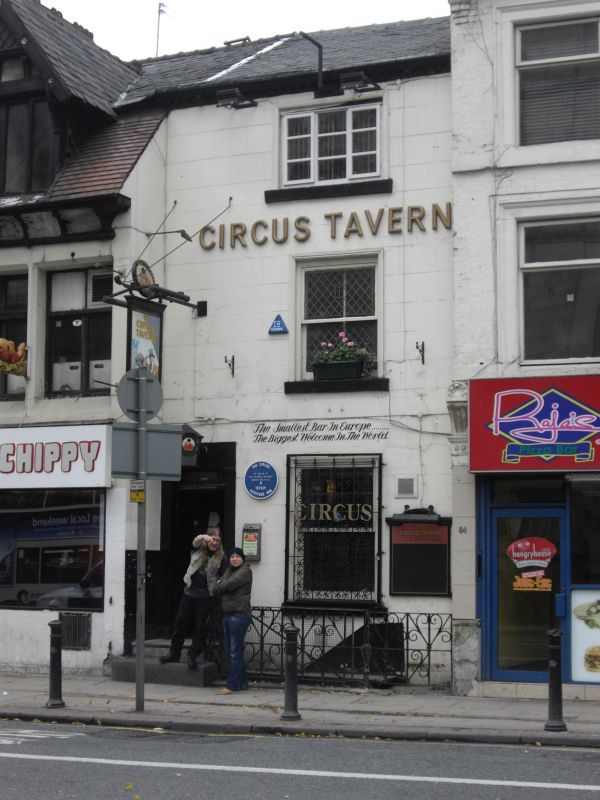 House, now a public house. Late C18 or early C19, with later C19 extension to rear and internal remodelling to form public house. Brick, with lined- out stucco to front elevation. Welsh slate roof with end brick stack.
PLAN. Double-depth plan, single-room width; corridor with two public rooms off on right. EXTERIOR. Single bay, three storeys above a cellar, with doorway to left, single sash window to right and late C20 railings to front of cellar access. 2-light sash window on first floor, and 3-light casement to second floor, the lights sub-divided into three panes.
INTERIOR. Single room width, with small corridor to the left, and two public rooms to the right. These rooms are separated from the corridor by a vertically-boarded partition, the rear section of which has a glazed upper section. Fixed bench seating to both rooms, the doorways to which are flanked by baffle screens. C20 replacement fireplaces to both rooms. Small servery in the corridor with glazed superstructure is 01 c. 1930 date.

A small urban public house, adapted from an earlier dwelling, which, despite its narrow internal dimensions, retains its room divisions and its modest fittings. Such survivals are rare nationally, and are especially uncommon in metropolitan surroundings.