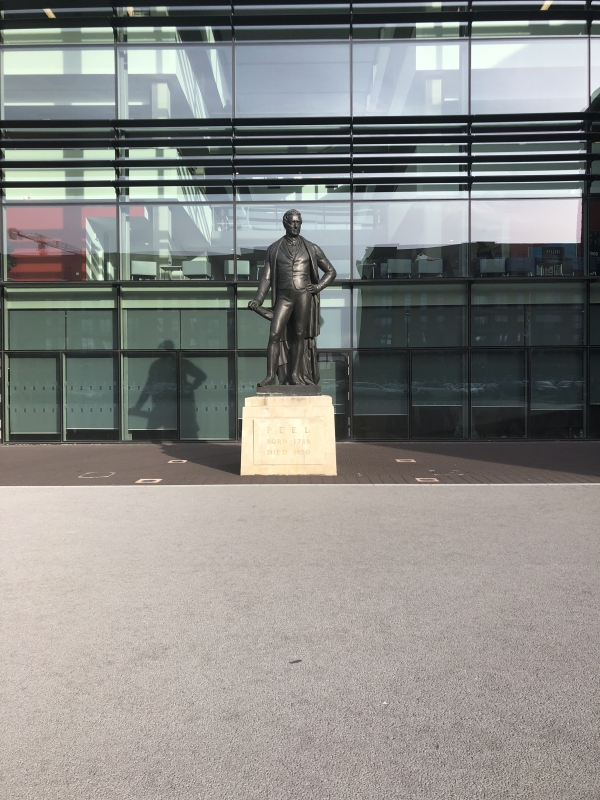 Find accommodation in
The Hyde

Statue of Sir Robert Peel, 1855, inscribed on base 'William Behnes sculpt.' and 'Robinson and
Cottam, Pimlico, London'. Figure, 11'2" high, wears tailcoat and holds scroll in right hand.
Modern plinth of Portland stone inscribed 'PEEL BORN 1788 DIED 1850'. This statue was
unveiled in Cheapside in July 1855, removed in the 1930s and has been at the Hendon Police
College since the 1950s. It was unveiled outside the new Peel House in 1974.
Source:
Illustrated London News, 14 July 1855, p.44.