A Grade I Listed Building in Castleton, Derbyshire 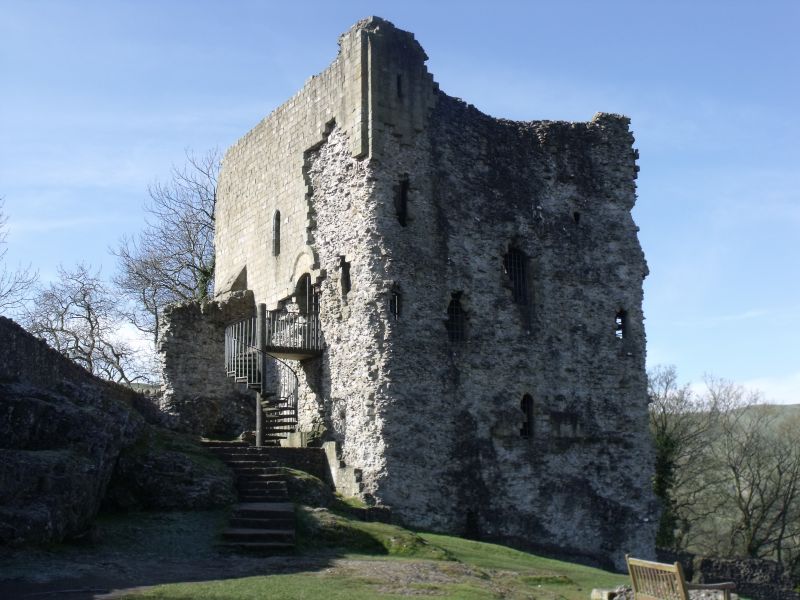 PARISH OF CASTLETON OFF MARKET PLACE
1.
5172
(south side)
SK 18 SW 6/36 Peveril Castle, Curtain Walls
and fragmentary foundations
I
2.
Castle. Late Cll, C12 and early C13. Rubble limestone and gritstone ashlar.
Roughly triangular site with the keep in the south west angle. North and west
curtain walls have some herringbone masonry. Remains of buildings including the
hall in the north west angle. Remains of further extensive domestic buildings
in the south east corner, probably including a chapel. The keep was built in 1176.
It is square in plan and retains some of its ashlar facing, mainly on the south
east and south west fronts. Each front has angle and central buttresses partly
extant. Narrow round headed windows to ground floor. Entrance is to the first
floor on the south east side. The upper floors have larger window openings.
Remains of spiral staircase in the north east angle. Scheduled Ancient Monument
in the guardianship of English Heritage.