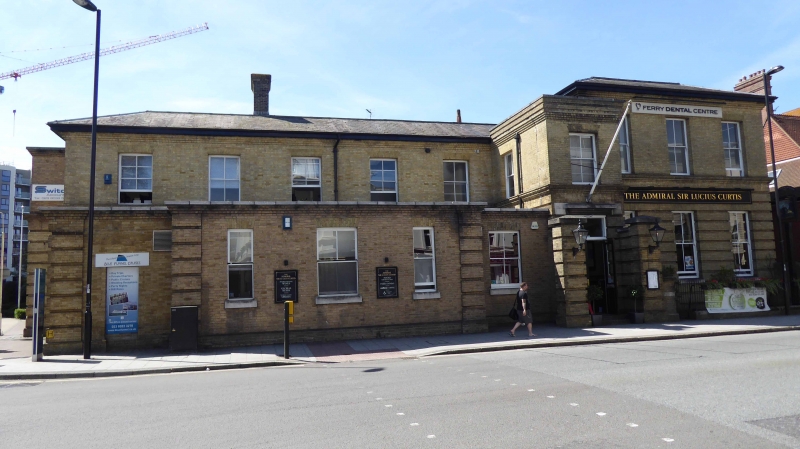 Office building. c.1870 with some alterations, late C19 and 1989. Yellow brick
(Beaulieu buff) with a Welsh slate roof. T-shaped plan with a 3x5 block on the
north side and a 6x4 block on the south with projecting porches on the north-
west, south-west and south-east elevations, all three of which show evidence
(straight joints) of being later additions, but closely contemporary with the
original build. Brickwork with horizontal rustication to ground floor, plain
sash windows of 4 panes, hipped roofs. Moulded band at first floor and cornice
levels. North elevation has a 1989 reddish brick addition. Single bay 2 storey
porch with two attached rusticated brick piers. North elevation has thus 6.1.3
windows. East elevation is 5 windows with 3-bay porch, originally one storey
raised to 2 storeys 1989 in reddish brick; it carries marble war memorial
plaques on either side of the doorway. South elevation is 3.6 windows with
3-bay single storey porch covering the join. Tall brick stacks. Interior:
(refurbished 1989). A very unaltered example of a custom built Victorian office
block with large high ceiling rooms, good joinery, some cornices and an open
well stair within an arcaded space (arcade infilled 1989). This has stone
treads, a wrought iron decorative balustrade and a mahogany rail. Wrought iron
screen at head of stairs. A good example of Victorian functional design built
as the Docks Board Office and later used as the Southern Railway Docks Office.